The Campaign to build UK support for the UN Treaty on the Prohibition of Nuclear Weapons (TPNW) continues a pace, with hundreds of campaigners contacting their local councillors and MPs. And you know what… it’s working!

In March two new MP’s in Sheffield (Louise Haigh & Paul Blomfield) formally signed the Parlimentary Pledge bringing our current total of MPs the region to 7. This is the result of tireless work by campaigners, both constituents writing and meeting with MPs and Labour Party members bringing motions before local branch and CLP meetings. In total five Labour branches have passed motions on either the TPNW or Defence Diversification in the last 2 months, these have gone on to be passed by 2 Sheffield CLPs (Central and Heeley) and a motion on TPNW will go forward to Sheffield Hallam CLP meeting in May. 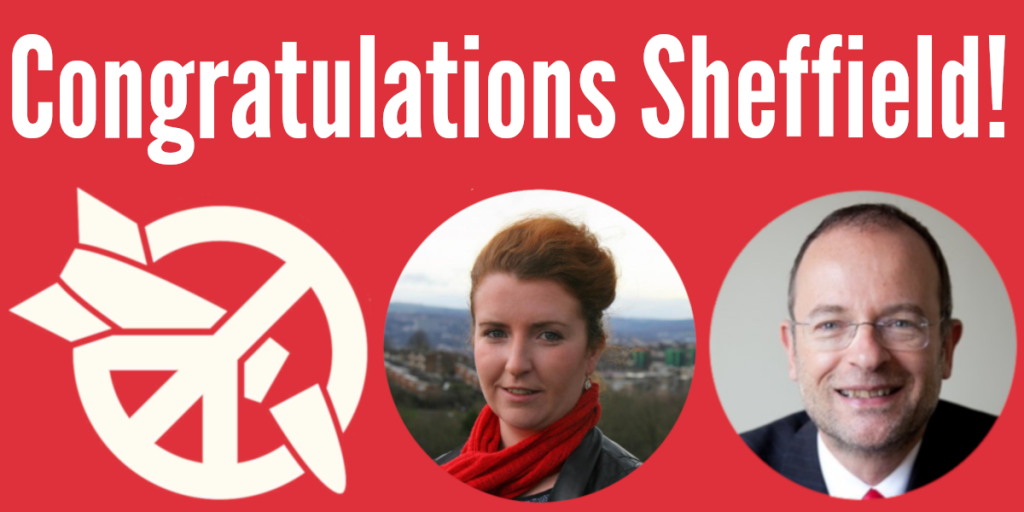 We’ve spoken at a number of Labour and Union branch meetings around the region and are very happy to do more, get in touch if you’d like us to come and speak at your local branch. The Green Party in Sheffield also successfully mobilised their members in the lobbying effort and local Green councillors are discussing a resolution in support of the TPNW.

We’ve also seen our first Yorkshire council sign up to the ICAN Cities Appeal, calling on the UK Government to support the ban treaty. Last week Hebden Royd (covering the area around Hebden Bridge and Mytholmroyd) became the UK’s third council to join the call following the example set by Manchester and later Renfreshire

Congratulations to Hebden Royd on becoming the first Council in #Yorkshire to formally support the UN Treaty for the Prohibition of Nuclear Weapons! 🎉☮️🥇
The council covering #HebdenBridge & #Mytholmroyd joins #Manchester & #Renfrewshire's call for UK Govt to sign the treaty 🕊️ pic.twitter.com/DdTgkNShjD 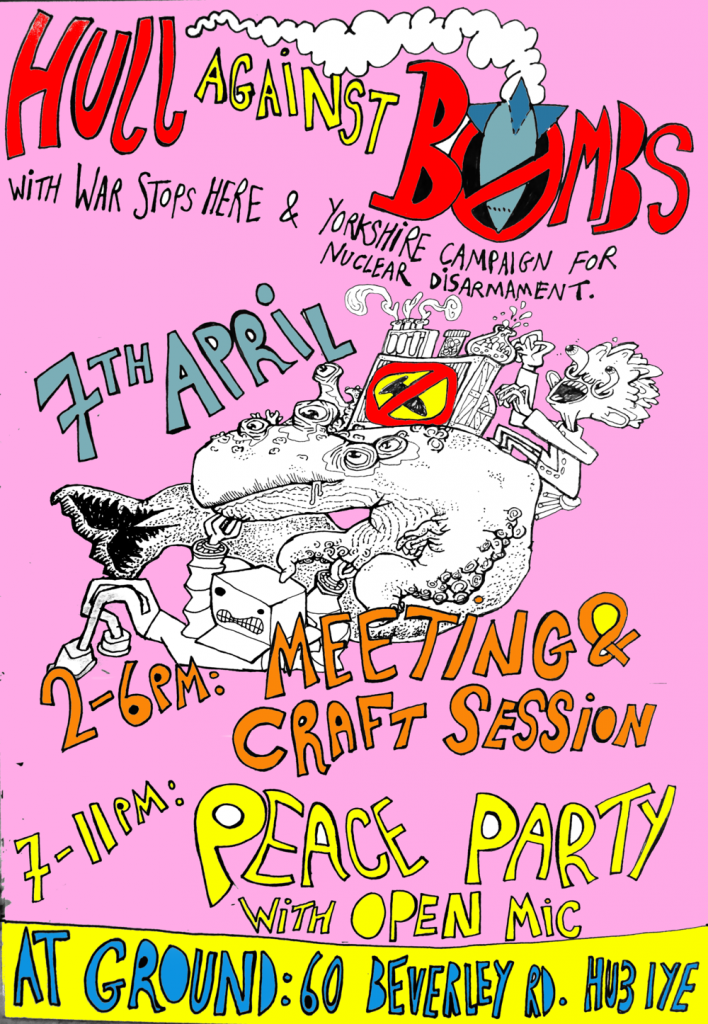 We held a Hull Against the Bomb meeting last Sunday, with War Stops Here and MedAct Yorkshire at the Brilliant Ground Art Gallery and Social Space. It was great to have a get together and we’re aware we’re neglected Hull recently in terms of campaigning. There were presentations on the TPNW, with many taking on writing to councillors and MPs,   we followed the politics with some craft sessions, working on some ‘nuclear waste barrels’ for surround springfield as well as making the brilliant sign at the top of this post! We ended the evening with a Peace Party and Open Mic.

Leeds – we ran a Leeds Against the Bomb in February and also a TPNW workshop and stall at the SUMMAT activist gathering in March. The group in Leeds are working on their MPs (though they already have two signatories so have less work to do) and also Councillors on the cities appeal. We also ran a workshop on How to Lobby your MP last month with Amy Keegan.

York – We organised a number of events in Women’s week including a How Women are banning the bomb event with Rebecca Johnson from ICAN, which we are hoping to follow up with a York Against the Bomb meeting shortly – watch this space.

Bradford – We held a Bradford Against the Bomb in January and members are busy writing to their MPs and considering a petion to council, yesterday we ran a TPNW letter writing evening in a local cafe.

What you can do