How Women are Banning Nuclear Weapons

How Women are Banning Nuclear Weapons 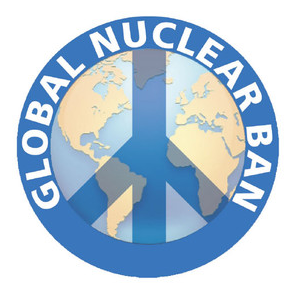 It is an exciting time, as a UN nuclear weapons global ban treaty is open for signatures.

Once it enters into force, the Treaty on the Prohibition of Nuclear Weapons (TPNW) will make it illegal for its signatories to test, produce or use nuclear weapons.

The treaty was negotiated at the United Nations 2017, with the participation of more than 135 nations, as well as members of civil society. It opened for signature on 20 September 2017.Prior to the treaty’s adoption, nuclear weapons were the only weapons of mass destruction not subject to a comprehensive ban, despite their catastrophic humanitarian and environmental consequences.

Come along to hear from a fantastic line-up of speakers and find out about the treaty, women’s role in it’s adoption, and why nuclear weapons are a feminist issue.

This event is part of York International Women’s Week. It is open to people of all genders, but will focus on women’s experiences and ideas. To guarantee a space please click here.