UK Bases in the Persian Gulf

UK Bases in the Persian Gulf
Posted by Dave Webb on 26th May 2018 in Analysis, Menwith Hill, Military Bases, news

This is the second in a series of short articles about important UK bases in strategic parts of the world particularly relevant to the current international situation. This particular article will cover some aspects of bases in the Persian Gulf – i.e. Bahrain and Oman.

The news of a new permanent Royal Navy base in Bahrain was released in 2014. The base, hosting Type 45 destroyers and the two new British aircraft carriers, marks a return “East of Suez” 40 years after Britain pulled out in the early 1970s. The new base is a £15 million upgrade of the facilities used by four British minehunters currently working from the Mina Salman port and the new facility was officially opened by Prince Charles in November 2016, despite human rights concerns over Bahrain’s brutal crackdown on democracy campaigners during the 2011 Arab Spring. The Royal Navy port, mainly paid for by Bahrain, was built alongside a major US naval base. 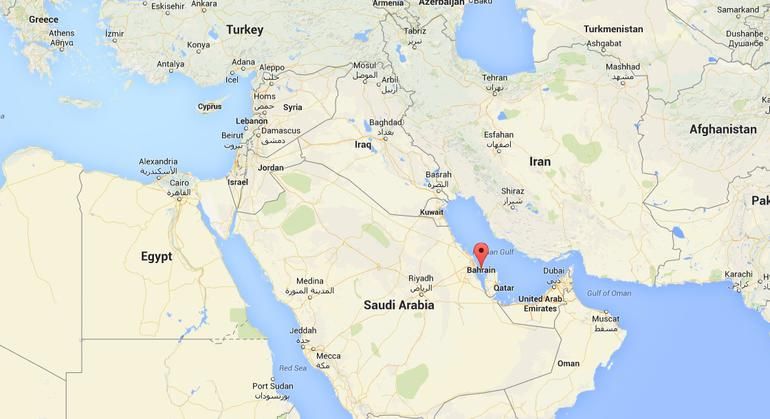 Bahrain has been the headquarters of US naval activity in the Gulf since 1948 and the US 5th fleet is based near Manama, the Bahraini capital, with around 4,200 service members. The US and Bahraini aircraft flew thousands of sorties against Iraq during the 1991 Gulf War and Bahrain was also used as a US base at the start of the war in Afghanistan. In 2003, Bahrain was named by George Bush as a major non-Nato ally. 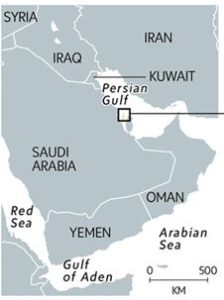 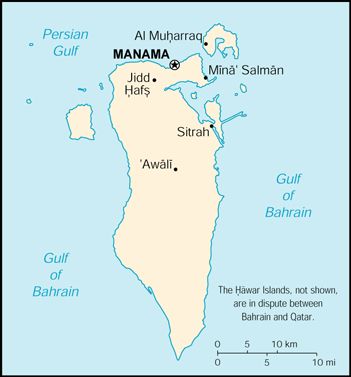 In addition, the US National Security Agency (NSA) also occupies 24 hectares (60 acres) in the centre of Manama, employing some 2,250 personnel and civilians. There was some concern in the US about the 2011 pro-democracy demonstrations there, but protests did not take place at the naval base.

A recent development has also thrown some light on an important interception system in Oman. In August 2013 The Independent carried an article describing how the leaks provided by Edward Snowden revealed that another secret internet-monitoring station in the Middle East was being run by Britain to intercept and process electronic communications such as emails, telephone calls and web traffic on behalf of Western intelligence agencies.[1] It was claimed that this station was also able to tap into underwater fibre-optic cables passing through the region. The information gained is then processed and anything considered to be valuable intelligence, passed on to GCHQ in Cheltenham and the NSA at Fort Mead, Maryland in the US. A further article by Duncan Campbell in The Register in 2014[2] revealed the location of the base as Seeb, a coastal village northeast of Muscat, Oman.

The Seeb spy base

Seeb is part of an operation codenamed “Circuit” and also referred to as Overseas Processing Centre 1 (OPC-1), it is one of three bases extracting communications data from cables going from the Strait of Hormuz to the Persian/Arabian Gulf in the heart of the Middle East. The three site GCHQ network has locations codenamed “Timpani”, “Guitar” and “Clarinet”. Timpani base is in a good position to monitor Iraqi communications, while Clarinet in the south of Oman can cover Yemen. 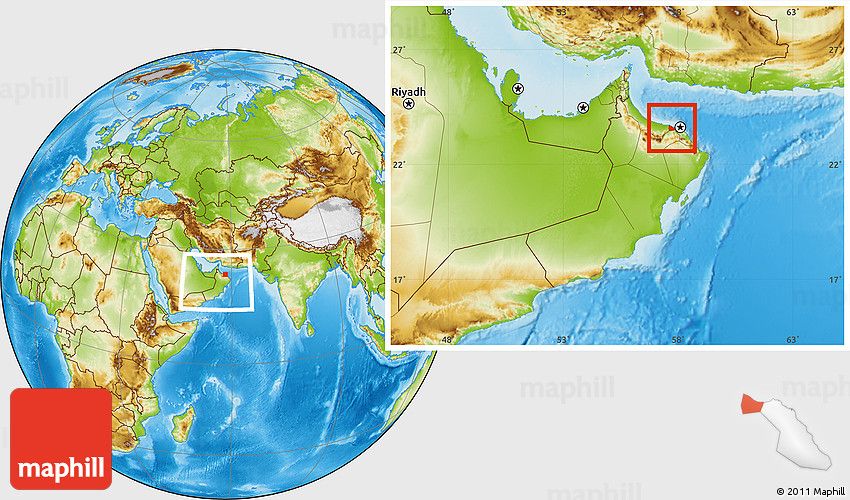 The collection of this type of electronic intelligence is extremely important for the Mod and the Foreign Office in helping to plan strategies and responses to deal with international situations. The data collection is carried out by GCHQ and NSA and others on a global scale but also in the UK itself. Documents revealed by Edward Snowden show that GCHQ pays selected companies tens of millions of pounds a year to run secret teams to install hidden connections that allow them copy electronic traffic (data and messages) and send the copies to their processing centres. The selected companies also tap into optical fibre communications equipment belonging to other companies without their knowledge or consent. Within GCHQ, each company has a special section called a “Sensitive Relationship Team” or SRT.

According to Snowden, whenever GCHQ wants to tap into a new international optical fibre cable, they usually call on engineers from “REMEDY” (their codename for BT) to determine where the taps or “probes” would be connect physically to incoming fibre optic cables. In this way they access network feeds of electronic data from over 18 submarine cables coming into different parts of Britain either directly to GCHQ in Cheltenham or to the processing station it operates at Bude in Cornwall (see later editions in this series).