Trident Vote – what happened in Yorkshire?

First thing in the morning campaigers scaled the scaffolding of the Majestic opposite Leeds train station, causing much interest amongst commuters while others leafleted passersby.  The 18 meter banner which read “TODAY: £205bn ON NEW NUKES? NO WAY! #STOPTRIDENT” had sadly been removed by the time of the evening demonstration in City Square. 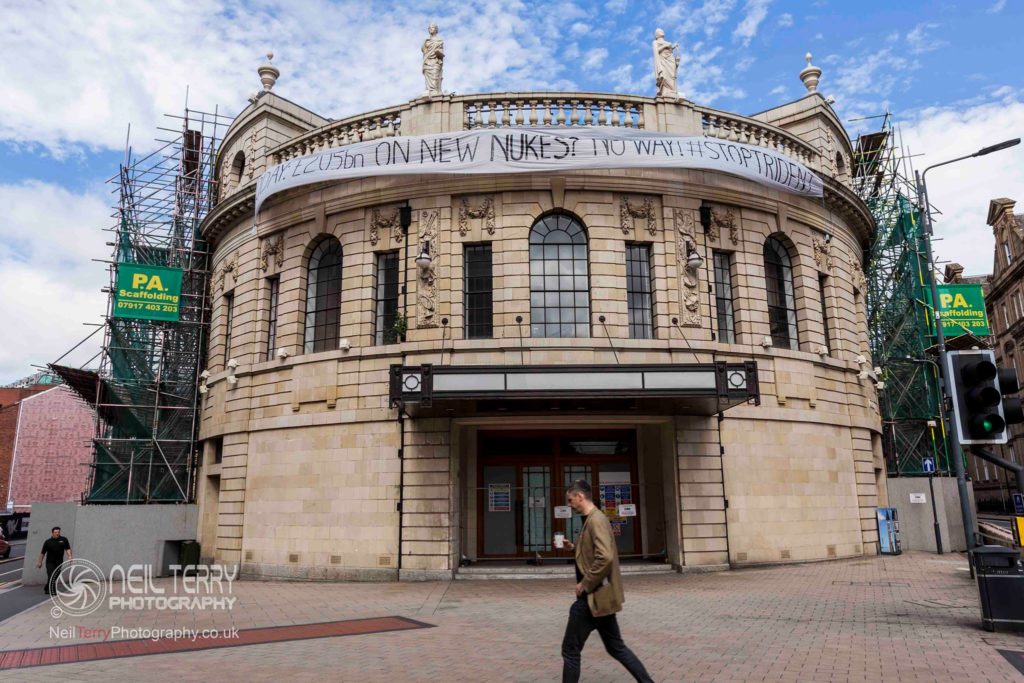 For the evening demonstration banners adorned City Square and rush hour motorists were greeted by the Quaker’s scale model of a Trident submarine, see more photo of the day. 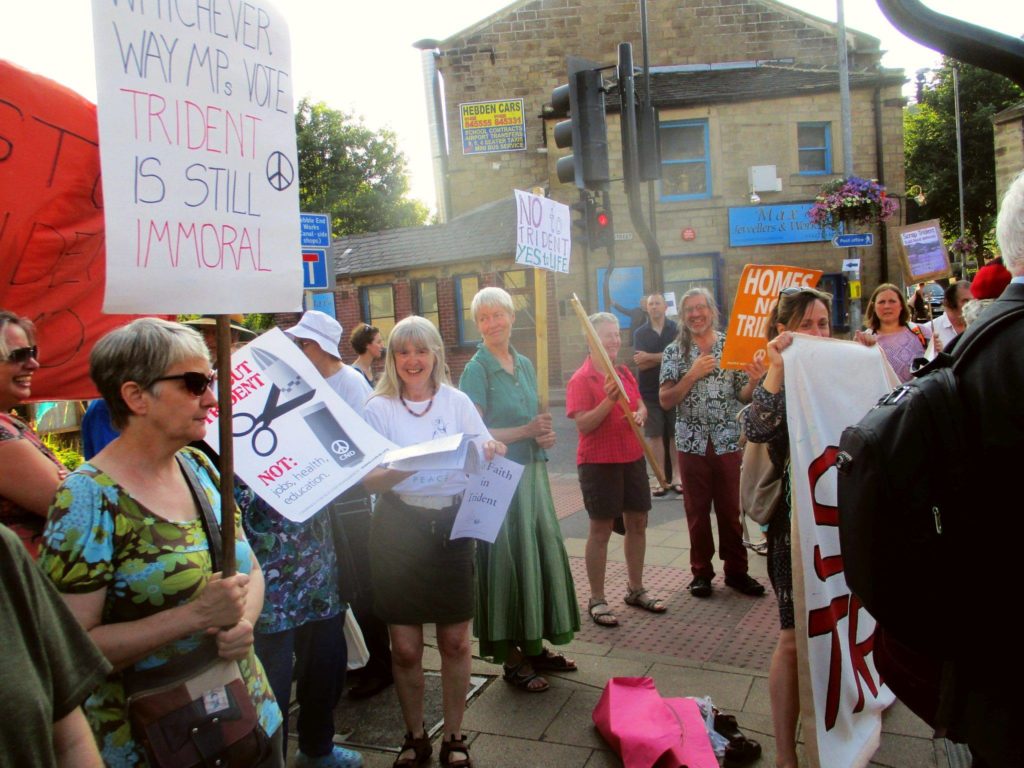 At the same time as the Leeds demonstration, Calder Valley CND were out in force in Hebden Bridge with 50 people at the cross roads and much support from the passing traffic. Report in the Halifax Courier.

How MPs in the region voted

Yesterday’s decision demonstrated a failure of vision on the part of our government. This was a once in a generation opportunity to break with this antiquated weapons system and address our defence needs in ways appropriate to the twenty first century.

All the facts stack up against Trident – and they continue to do so, irrespective of this shameful and ill-informed vote. CND will continue to campaign against replacement, working with those broad forces across society who wish to see an end to Britain’s possession of weapons of mass destruction.