The Role of UK Bases in the Syria Bombing

The Role of UK Bases in the Syria Bombing
Posted by Dave Webb on 18th April 2018 in Analysis, Menwith Hill, Military Bases, news

In the early hours of April 14th four British Tornado GR4s and a number of Typhoons were scrambled from the British military base Akrotiri in Cyprus as part of an illegal US/UK/France barrage in Syria. The target was claimed to be a chemical weapons factory, 15 miles west of Homs in response to a claimed chemical attack in Douma by the Assad government. The Tornados were reported as using ‘bunker busting’ Storm Shadow cruise missiles, described as a ‘long-range deep-strike weapon’ by MBDA systems. A type-45 destroyer, possibly HMS Duncan, and an unidentified submarine were also in the Mediterranean during the strikes – although it is unclear what role they played in the operation. 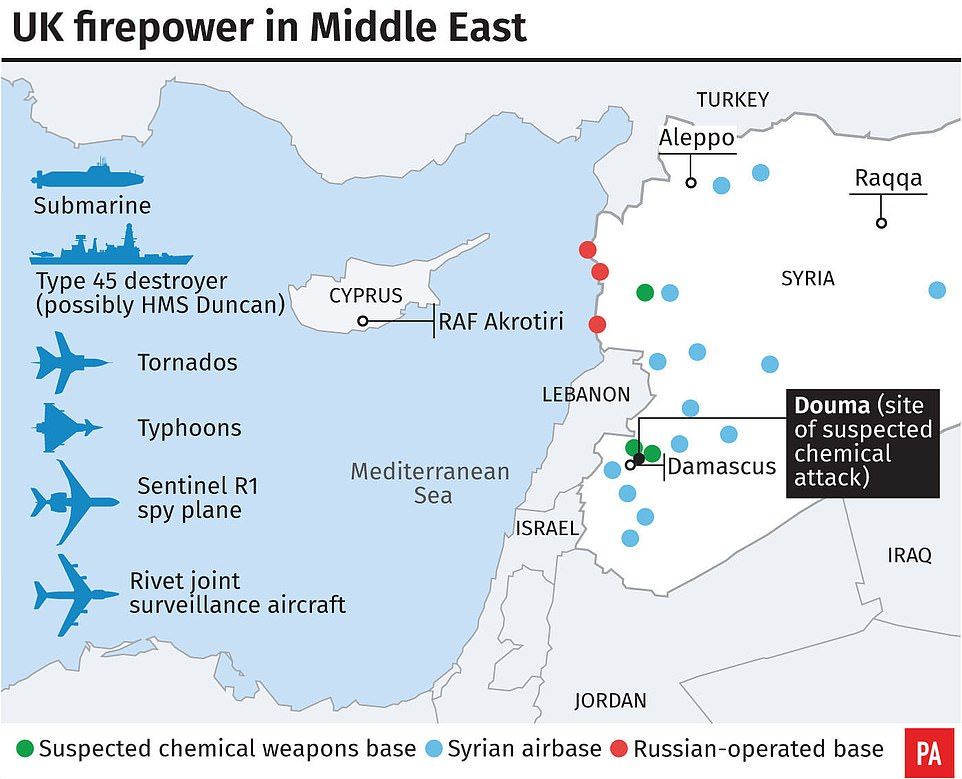 This action underlines how important overseas bases are in British Foreign policy. Although no longer an empire able to control vast areas of the world, successive UK governments have attempted to at least give the impression of being able to influence global events by the retention of strategic military bases such as Akrotiri. It is perhaps worth looking at this and other bases in more detail. Although the military power of the UK may have declined it has developed an extremely important role in a global electronic spy network.

A 1960 treaty of establishment allowed Cyprus to become an independent Republic, free from British control. However, it was recognised that two Sovereign Base Areas (SBAs) at Akrotiri and Dhekelia would remain as British sovereign territory. The large airbase at RAF Akrotiri and the joint signals intelligence stations at RAF Troodos & Ayios Nikolaos, support some 3,200 military personnel as part of a UK Permanent Joint Operating Base (PJOB). A deal struck by Gordon Brown when he was Prime Minister could mean that, if and when a consensus is reached concerning the possible reunification of the Greek and Turkish halves of the island, the British military installations at Akrotiri and Dhekelia could be cut considerably and sections of UK military zones would be ceded although the recently opened base in Bahrain will now be available. 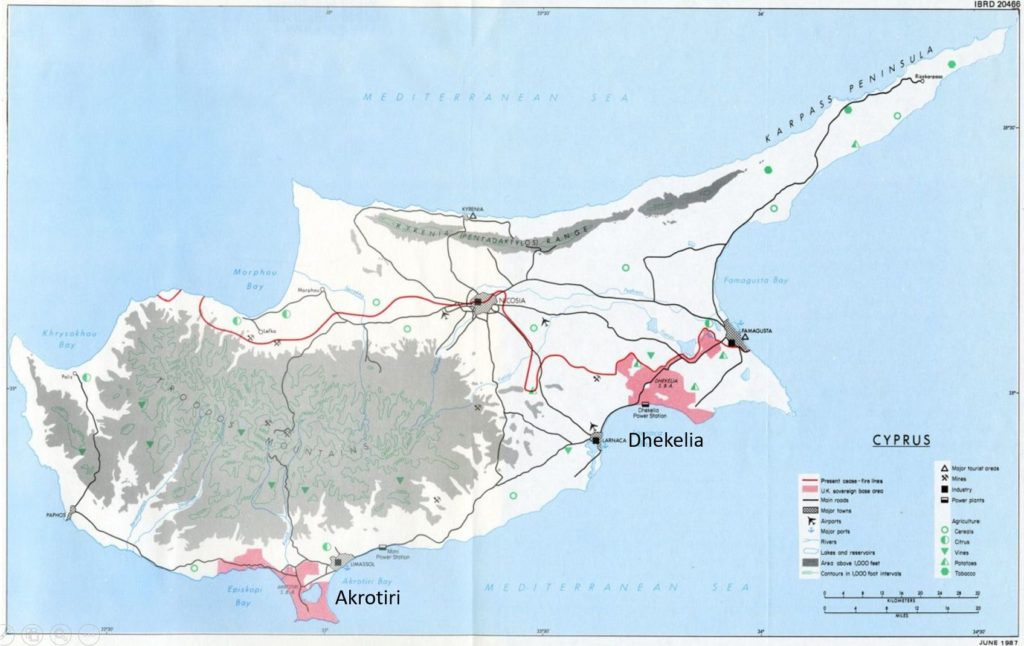 The Position of UK Military Bases in Cyprus

For many years the airbases at Akrotiri and Dhekelia have been used as military outposts for bombing Iraq and Syria and as a staging point for UK operations in Afghanistan. Since September 2014, Operation Shader has involved British Typhoons and Tornados in strikes on targets in Syria by the US led coalition. Other operations have also been launched from Akrotiri, including Operation Granby as part of the Iraq war in 1990; Operation Telic on Iraq in 2003; Operation Ellamy on Libya in 2011 and Operation Luminous on Cyprus in 2013, executed by the RAF during the Syrian Chemical Weapons Crisis. 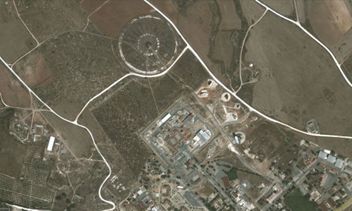 The other important role for Cyprus is as a station for the intelligence-gathering and monitoring network in the Middle East and the Mediterranean. Akrotiri not only hosts fleets of war planes but also a large electronic intelligence facility.

In November 2013 an article in the Italian L’Espresso by Nicky Hager and Stefania Maurizi (See: http://espresso.repubblica.it/inchieste/2013/11/04/news/the-history-of-british-intelligence-operations-in-cyprus-1.139978?refresh_ce) revealed that British and US Internet surveillance in the Middle East was being carried out from Cyprus. A GCHQ installation codenamed “Sounder” is situated in Ayios Nikolaos Station, part of the SBA Dhekelia. A cluster of operations buildings, satellite dishes and a large circular radio direction-finding antenna system close by are tell-tale signs of a signals intelligence base which can monitor electronic communications over a range of hundreds of kilometres. In addition, passive optical splitters are used to tap into 14 undersea cables passing through the island from the Middle East, North Africa and Europe, gaining access to web-based traffic including tens of millions of emails, telephone calls and messages. 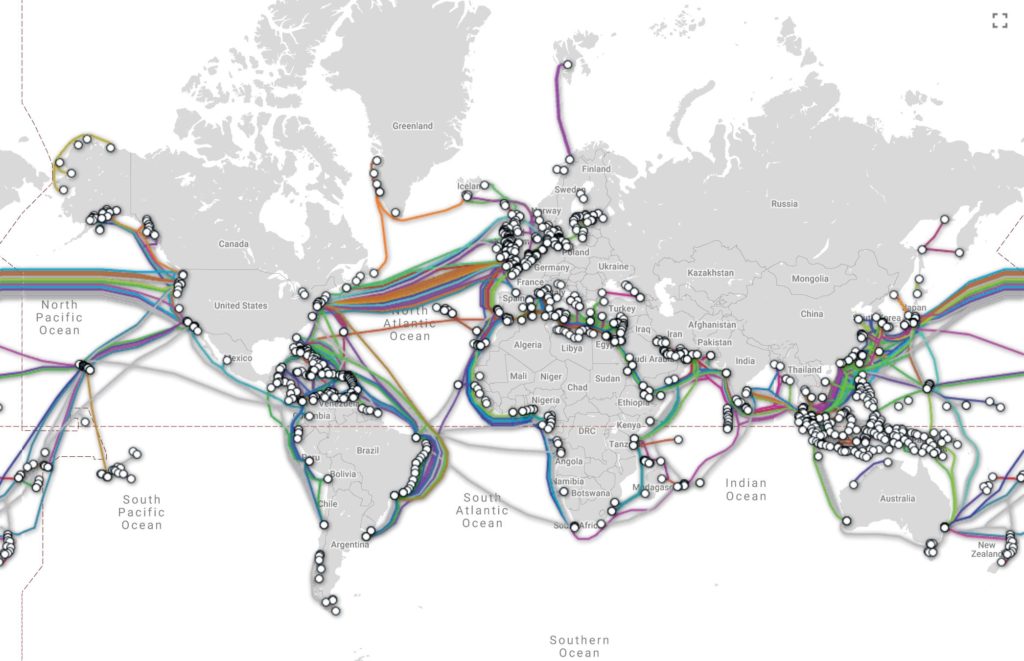 Undersea cable maps show Cyprus at the hub of numerous fibre-optic undersea cables, making it a natural site to spy on Eastern Mediterranean and Middle Eastern communications (From: https://www.submarinecablemap.com/#/)

They used information from documents leaked by Edward Snowden on the “Tempora” programme to reveal that British and US intelligence services have been monitoring governments, embassies, trade organizations and individuals from the Mideast and Mediterranean region for many years. “Tempora” allows GCHQ to intercept hundreds of gigabytes of Internet data every second with Internet surveillance staff based at 3 key locations – GCHQ Cheltenham, Bude in Cornwall and “Sounder”. The latter two stations located at the landing points of undersea fibre optic communication cables.

These documents have also disclosed that American intelligence staff are also operating at the British base in Cyprus and that they are “required to dress as tourists because the UK has promised the Cyprus government that only British staff will work there.”

Italians have an interest in all this because Sicily also plays a crucial role in this mass surveillance programme with landing points for 19 cables in the island in the Mediterranean, a crossroad for communications between Europe, North Africa, Middle East and Asia.

Other communication and intelligence gathering spy facilities will also have been involved in the attack – including the U.S./U.K. Menwith Hill and Croughton bases in the U.K. Others that are part of the NSA/GCHQ global network will also have been busy supplying information about targets and defences as well as relaying command, control and possible response messages. Some of these bases will be highlighted in further articles.