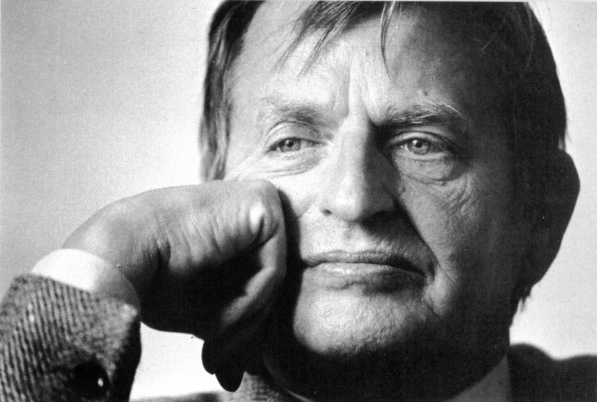 Details of the lecture (online) can be found here: Leeds peace Lecture 2021.

The lecture was first established in 1987 by then Labour Euro-MP for Leeds, Michael McGowan in memory of Swedish Prime Minister Olof Palme, a peace campaigner and outspoken opponent of apartheid in South Africa. The lectures were originally organised from Michael’s Leeds European Office with support from the Socialist Group of the European Parliament. Later, the City Council became formerly involved thanks especially to Sean Morris from Peace and Emergency Planning and Leeds Peace Links, and Leeds Beckett (then Metropolitan) University followed around the time of the establishment of a Peace Studies section there.

Olof Palme became prime minister of Sweden in 1969 and, although he lost his parliamentary majority in 1971, he managed to carry out major constitutional reforms. He was a widely recognised political figure and he openly criticised and opposed apartheid in South Africa, the Franco Regime in Spain, the United States’ role in the Vietnam War and the crushing of the Prague Spring by the Soviet Union. He was also active in campaigning against nuclear weapons proliferation.

Born in Stockholm, on 30th January 1927, Olof Palme joined the Social Democratic Labour Party He studied at Kenyon College, Ohio from 1947-48 and after hitchhiking through the USA, he returned to Sweden to study law at Stockholm University where he was elected president of the United Students Union in 1952. Palme was recruited to the secretariat of Tage Erlander, the prime minister of Sweden in 1953 and in 1955 he became leader of the Social Democratic Labour Party youth movement. The following year he was elected as an MP to the Riksdag.

Over the next few years he held several ministerial posts including Minister of Communications and Minister of Education and Cultural Affairs, eventually becoming prime minister in 1969. Although he lost his parliamentary majority in 1971 he managed to carry out major constitutional reforms. In 1976 he was defeated over his plans to increase taxes to pay for Sweden’s welfare state.

He was returned to power in 1982. However, on 28th February, 1986, he was shot dead as he left a cinema in Stockholm with his wife Lisbeth.

Olof Palme was briefly a student in Leeds University in the 1950s and these lectures have been held to remember his work for promoting peace and security in the world.

Leeds Peace Links is a group of individuals and organisational representatives who promote peace, justice, human rights and international understanding. It meets regularly in the Civic Hall to share information and ideas. The next meeting will be on Thursday 24 November at 7pm – all welcome.

Past Lectures includes a long line of esteemed speakers, including the following:

In recent years the following lectures have been presented: