——————————————————————————————————
Summer has been far from the usual retreat from politics this year with the recent disappointing parliamentary vote in favour of Trident (though further hurdles loom) followed by events in the Labour Party that defy description. However it is easy to forget that in Jeremy Corbyn we potentially have the first leader of a political party in the UK who also campaigns for unilateral nuclear disarmament. Whatever you feel about his value as a leader of the Labour Party (I note that not a single Sheffield MP supported his appearance in Barkers Pool last month) this is surely something to celebrate while keeping a weather eye out for storms on the horizon.

Report Back
Peace Picnic, Meersbrook Park Aug 7th. Louise Hague read out a letter received from the mayor of Hiroshima with a second letter from the mayor of Nagasaki read out by a member of Sheffield Green Party. Lord Mayor Denise Fox also spoke on the theme ‘Mayors for Peace’, an international organization that has growing support in its bid to rid the world of nuclear weapons by 2020. Kath managed the CND stall with help from SCRAP and the resurrection of a banner from CAAT.

While the event failed to get a mention in the current Yorkshire CND ‘Action for Peace’ bulletin (see https://www.yorkshirecnd.org.uk/resources/action-peace-newsletter/) Matt – our man at YCND – came with a large CND banner.
Our thanks to the Meersbrook Park Users Trust.

Below National CND statement on Hinkley

Can you ask for helpers on the Peace Fair stall and promote The Hammer Blow event also Waddington & Fylingdales.

whose inspiration the event was and SCRAP for organizing the event.

Lobby of Sheffield MP’s re Trident: The televising of the CND deputation visit to MP Nick Clegg’s surgery led by Felicity on the Trident issue is still due to be screened by channel 5.

Hinkley Point – Another disappointing decision though as with the Trident, not a safe ‘done deal’ for the establishment at this point (more details on Yorkshire CND website). Evidently Mr Clegg is also far from happy about the way things have unfolded since much of the decision making was done without appropriate oversight in ‘off the table’ discussions. There is a brief official statement from Kate Hudson, CND General Secretary in her blog on the national CND site (http://www.cnduk.org/) which is highly rtecommended for the summary it offers on the hazards and risks.

Upcoming Events
RAF Waddington/Drones action
‘Action on Drones’ at Waddington will be happening October 1st-8th with the event at Waddington (https://dronecampaignnetwork.wordpress.com/events). At present it looks like a couple of car loads will be going from Sheffield; if you want to go or know anyone who would like to go (or can offer space in a car) please get in touch. This is part of CND international ’Keep Space for Peace’ week (October 4th-11th) but unfortunately clashes with another CND event (at Fylingdales – see Yorkshire CND website).

John Pilger, campaigner will be appearing at The Crucible on
October 27th (£10/£9 plus booking fee).

CND AGM October 22nd/23rd
We are entitled to 2 delegates (though probably just me this year).

Other
One of our contacts is currently supplying us with material from CAAT (Campaign Against the Arms Trade) and this has revived interest and a clear desire to become affiliated as an aid to actions at Waddington.

There are still problems with contacting around 20 members on the Sheffield CND list; the e mails simply bounce back so if you know anyone who is puzzled by lack of contact from Sheffield CND please ask them to contact me!

CAAT: As noted above, affiliation to be arranged at the earliest opportunity.

Dates for your Diary 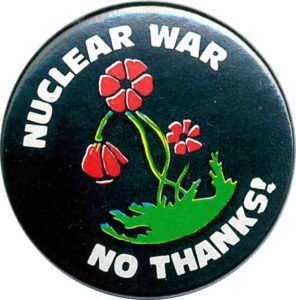