Events were held across Yorkshire between the 4th and 9th August to mark the 73rd anniversary of the atomic bombing of the Japanese cities of Hiroshima and Nagasaki.

Sheffield CND and more recently Sheffield Creative Action for Peace (SCrAP) traditionally hold a peace picnic on the Saturday closest to Hiroshima Day, which has been held in Meersbrook Park for the past few years (see gallery from previous years). This year it was decided to move the event to the Peace Gardens in the city centre so that it was more visable to the general public. It was an excellent event which saw the Lord Mayor Magic Magid resigning the Mayors for Peace declaration, committing Sheffield to working for a world free of nuclear weapons. 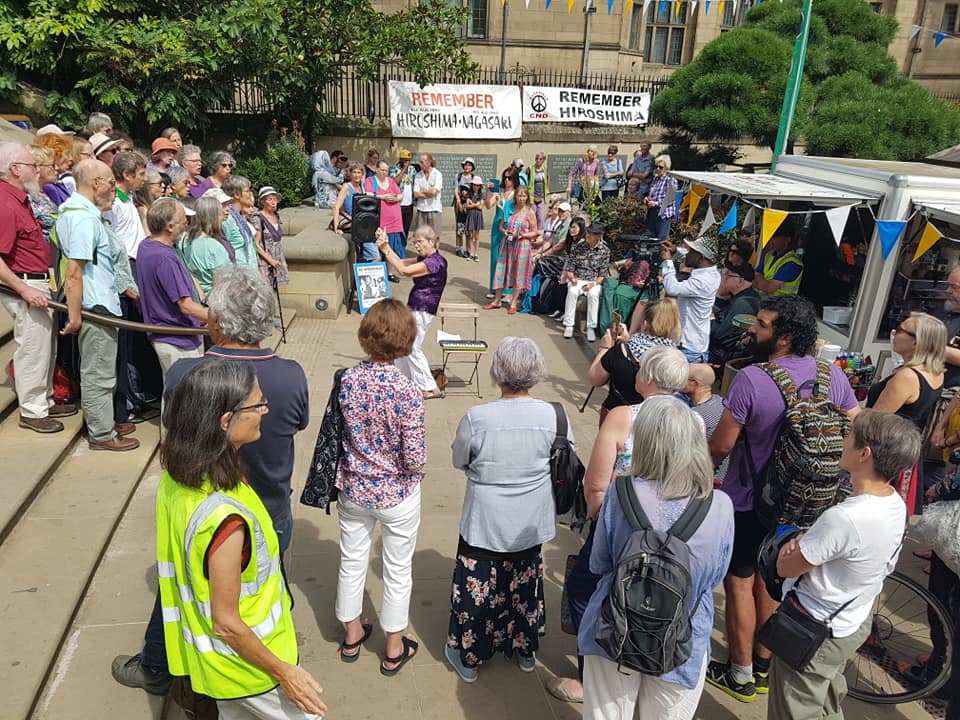 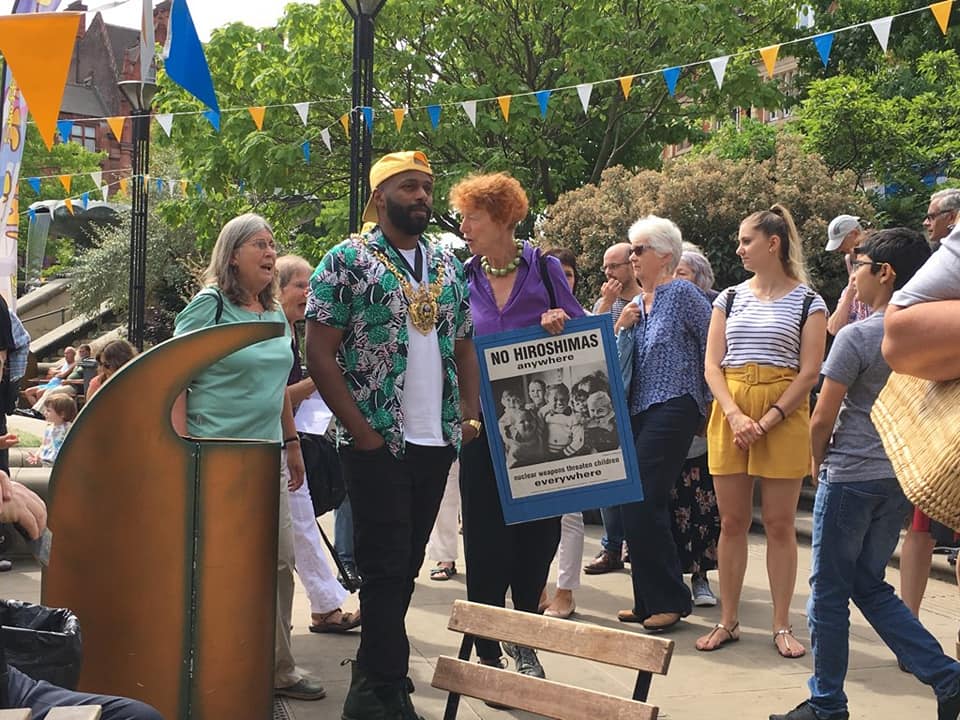 Keighley Peace, Justice and the Environment Network (contact) organised a vigil at 8AM in Keighley’s Town Hall Square.

The event billed as “Remembering Hiroshima, Celebrating Hope” was to mark not only the horror of the bombing itself, but the hope offered by the UN Treaty on the Prohibition of Nuclear Weapons.

At the Keighley vigil town mayor Councillor Fulzar Ahmed read a message from the mayor of Hiroshima. This included an appeal from a survivor of the atomic bomb blasts, calling on humanity to never allow such a tragedy to happen again. 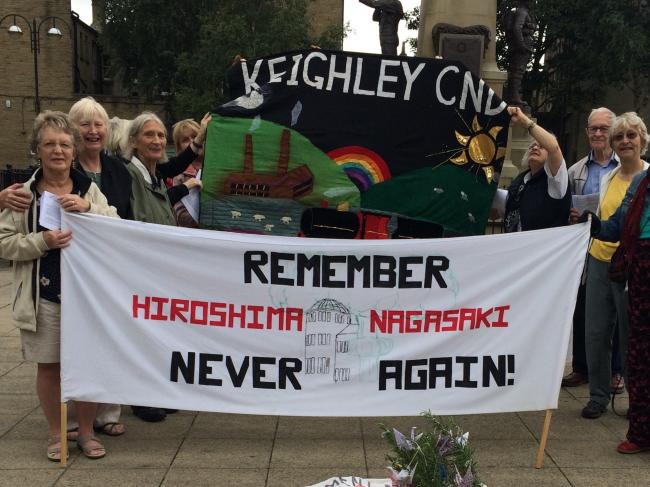 The ceremony was held at noon in Norfolk Gardens . The Lord Mayor of Bradford Councillor Zafar Ali read the Peace Declaration by his counterpart in Hiroshima, followed by contributions from Bradford Quakers and others, we were also pleased to be joined by Natalie Bennett of the Green Party. 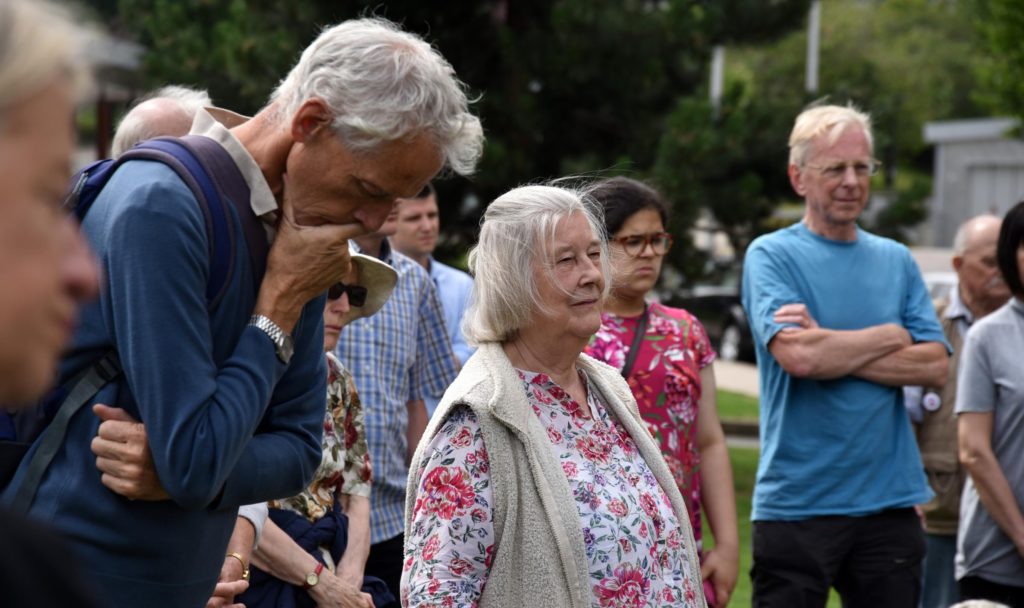 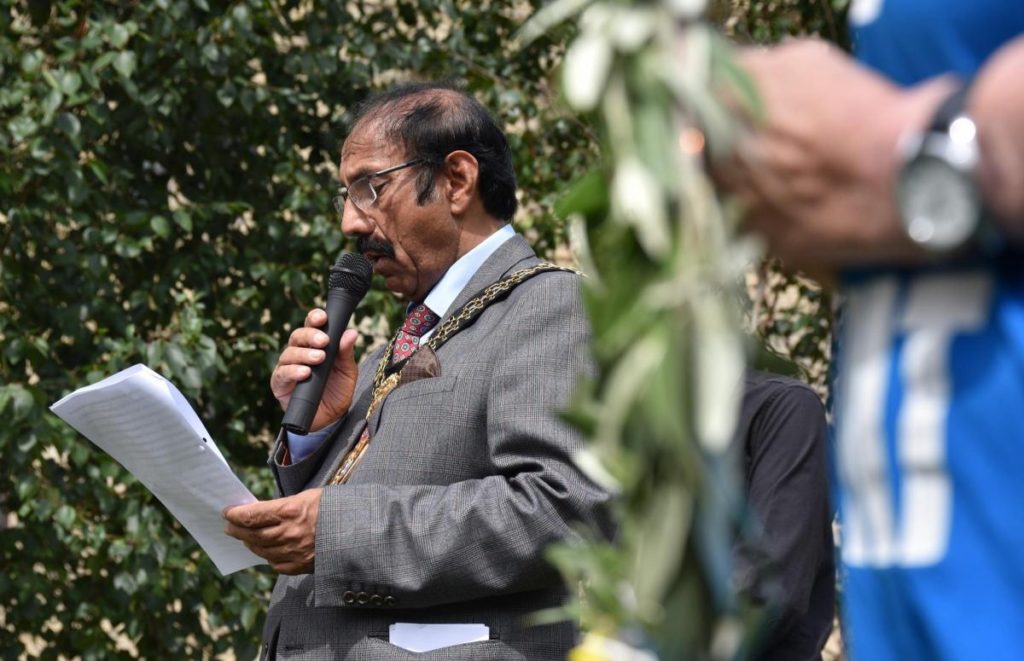 Over seventy people gathered in Leeds to mark a minutes silence for all those killed at Nagasaki.

There were short speeches from Sean Morris from NFLA / Mayors For Peace and Dave Webb, chair of CND. Cynthia Dickinson (from Concord Interfaith) told the story of Sodako and the 1000 paper cranes, finished off by a solo fiddle player who played a haunting Scottish lament.

Well done to Leeds CND for all their hard work making it happen! 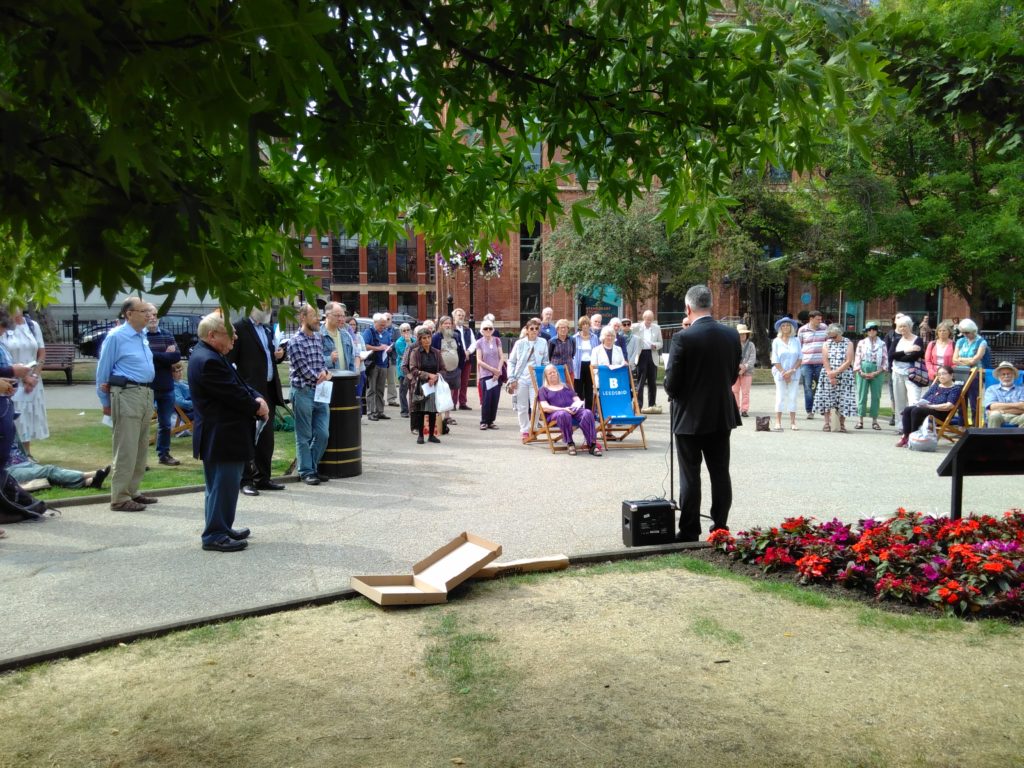 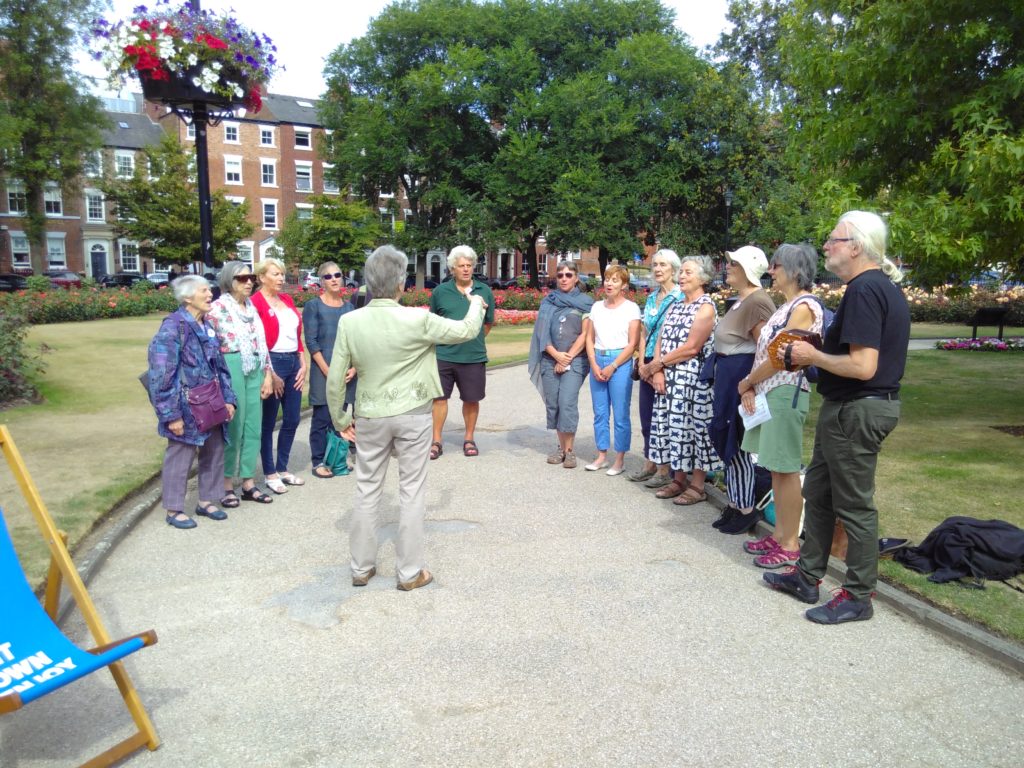