Write up by Bill Walton of an event was arranged jointly by Leeds CND and Leeds Green Party and chaired by Prof. Dave Webb at Leeds Civic Hall.

Professor Keith Barnham (Physics, Imperial College) demonstrated how a combination of solarPV, wind (especially offshore) and anaerobic biomass generators could meet UK electrical demand by 2025. These are all proven, de-centralised and low carbon-footprint technologies which can be implemented in a relatively short time-frame. The main obstacle is the government defying market forces and making consumers subsidise nuclear power and fracking which are costly, dangerous and environmentally damaging. After the event Keith donated a number of copies of his book “The Burning Answer: A users Guide to the Solar Revolution” to raise money for CND – which you can purchase from our online shop. 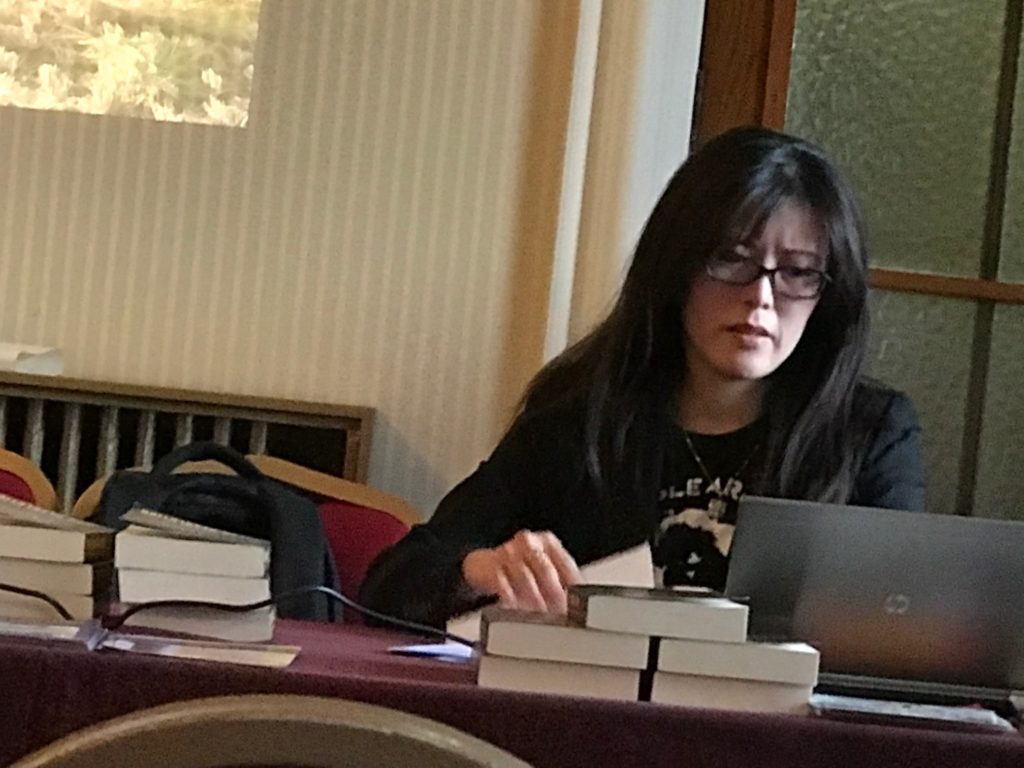 Mitsuko Sonoda was living in Fukushima with her 8 year-old son at the time of the tsunami and nuclear meltdown at the Daiichi power station. Mitsuko chose to evacuate and continues to work to keep children safe, share information, and to convey of the horror of living close to a major nuclear accident. Since then the Japanese government and the Tepco power company have failed to deal effectively with the nuclear contamination and actively tried to misrepresent the situation and cover up the truth. Japanese people, particularly mothers and their children, are fighting for justice both with public demonstrations and through the courts. Her personal story is a telling argument against building a new uneconomic and potentially dangerous nuclear reactor at Hinkley in the UK.

The economic, environmental and technical arguments against the use of nuclear power were clearly emphasised leaving us to conclude that the only reason for maintaining a nuclear presence in the UK (against all other international trends) is to service the Trident nuclear weapons system. In fact, recent published research by Andy Stirling & Phil Johnstone from the Science Policy Research Unit at Sussex University states that retaining or rebuilding a nuclear power industry is essential in order to be able to design, build and maintain the reactors that power nuclear submarines. This is also demonstrated by the government’s growing interest in developing small nuclear power generators for electricity production – despite the associated problems such as waste disposal. Without the nuclear generators, the Trident missile system would have no military credibility – and it has very little already as new technologies make it much easier to detect the presence of submarines even when submerged.