This Friday campaigners across the globe will be celebrating the Treaty for the Prohibition of Nuclear Weapons entering into force, making nukes illegal under international law. As part of the strategy to bring our message to a wider audience, ICAN Partners in the UK will be taking to social media to create a Twitterstorm (an attempt to get a topic trending, so it reaches more people outside our usual networks). Watch out for Bradford CND’s video appeal to the city council, which will be released on the day. 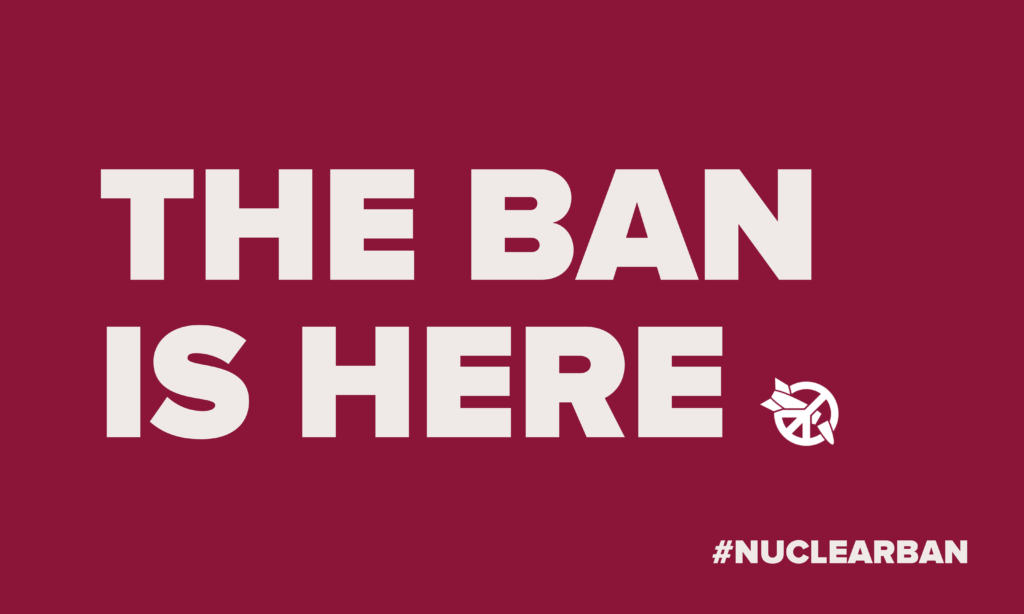 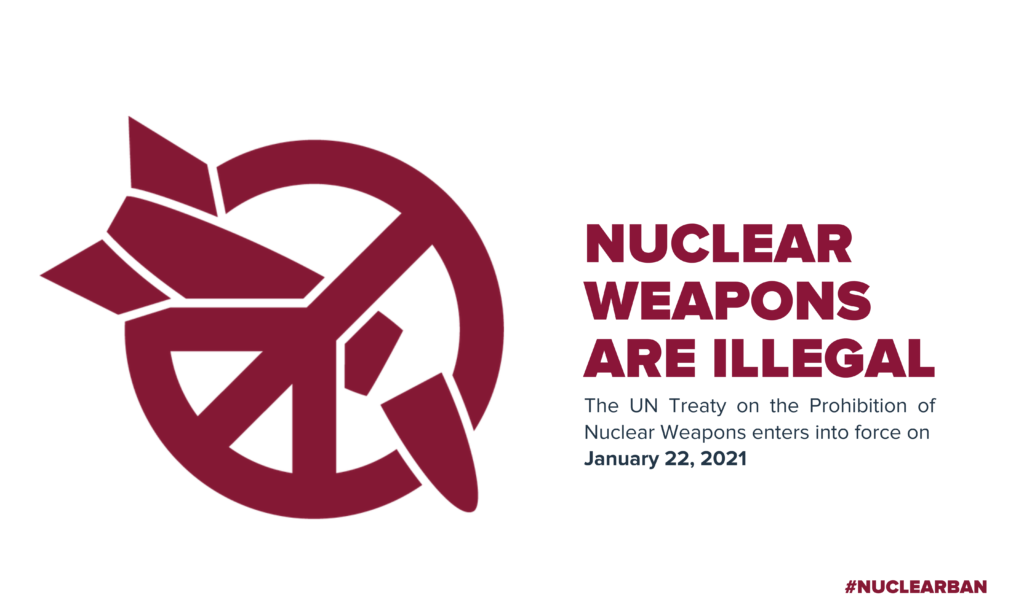 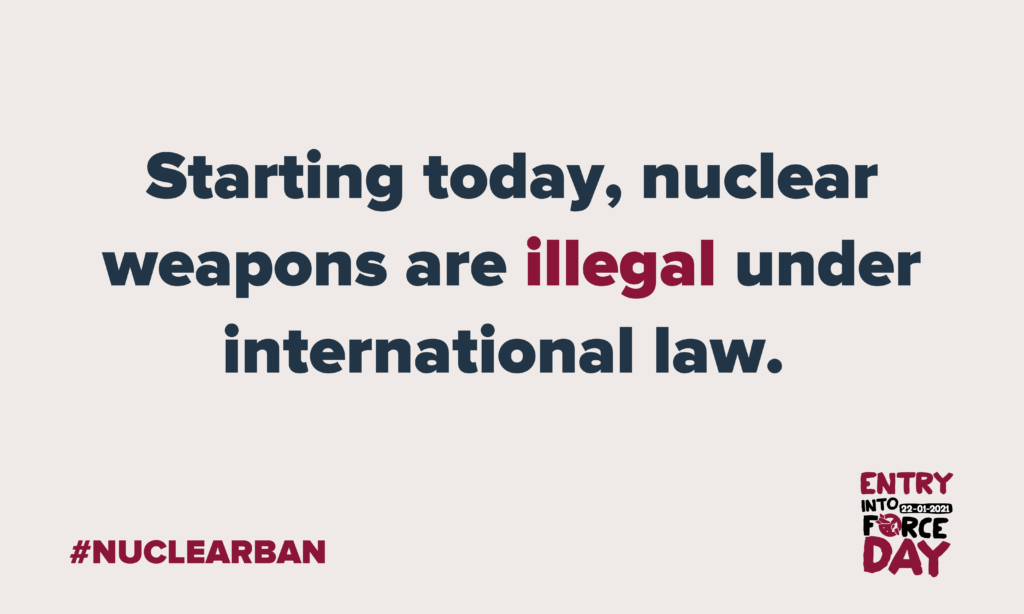 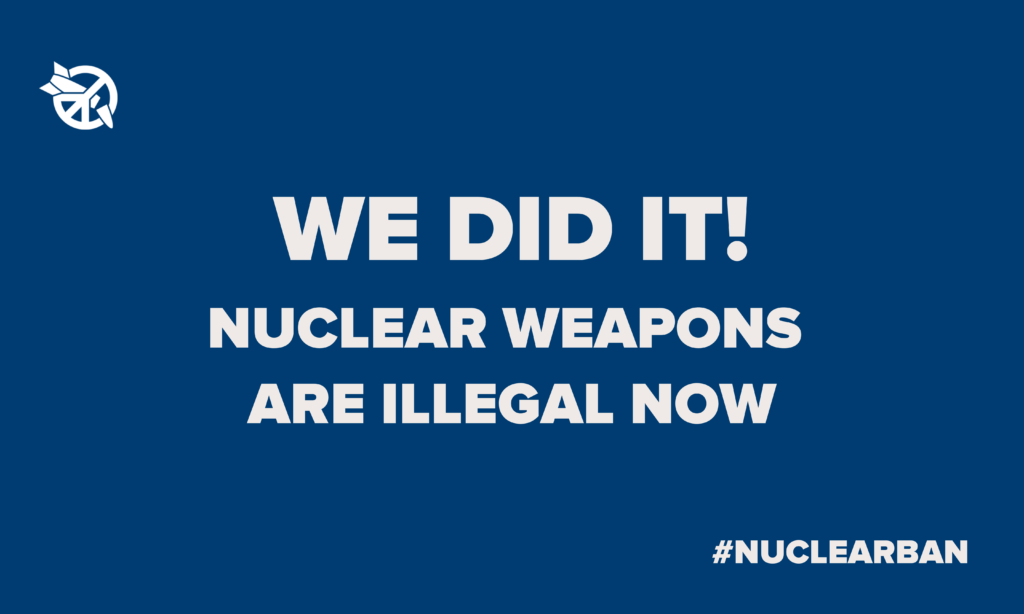 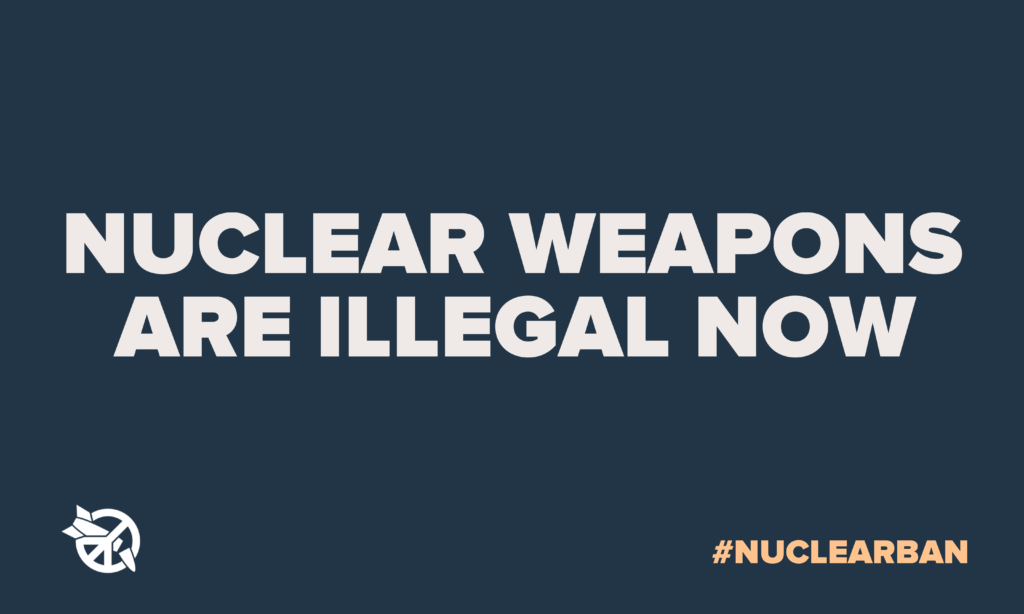 Or try these animated gifs, in the same way as the images above, simply click on the image to view it and then right click to download the image.

This gif was made by MEDACT