GDAMS events around the region

GDAMS events around the region
Posted by Matt Fawcett on 2nd May 2018 in Arms Trade, Demonstration, news

We decided to hold a stall in Leeds City Centre on the Wednesday of the Global Days of Action on Military Spending. We were not really there for very long but did attract some attention and lhad uckily we chosen a lovely bright afternoon. People often feel more like stopping and talking about things on a nice day! The picture above was taken with one of the people who stopped for a while to tell us of his experiences with conflict in Pakistan.

People around the world are recognising that far too much money is being spent on military ‘solutions’ to problems. It is clear that they are not actually solutions and just generate death, destruction and resentment. The resentment lasts – sometimes for generations – and usually results in feelings of revenge and more violence.  Conflicts and disagreemnts need understanding and careful and thoughtful diplomacy to be properly resolved.

Large sums of money spent on the military also means that there is less available for such things as health, education, welfare and other urgently needed activities, such as tackling  climate change.

Most of the people who stopped by reconginsed this was a problem that threatens our survival. Do we insist on growing our military arsenals and threatening global destruction – or do we focus on humanitarian principles and work to make peoples’ lives better? The choice is ours – but we must challenge the current global trend of escalating militarisation and violence.

During the Day of Dance, organised by Yorkshire CND and held in the Victoria Hall, Saltaire, we held a GDAMS stall. This consisted of a table giving a series of options as to how people would spend £200 billion. The options were grouped as Health, Climate Change, Education, Other, i.e. housing, Arts etc and Nuclear Weapons.

People were invited to place £50 billion chips on the categories of their choice for financial support. During the day we engaged with many people but only 11 actually placed the chips. A record was kept of their choices. The results were as follows:

From these results one thing is abundantly clear – no one wanted to spend any money on Nuclear Weapons. This might not be surprising given that the event was organised by Yorkshire CND. However, this was a Day of Dance and people had come to dance. They had not come to be involved in a CND demonstration. People from all walks of life had come and of very different ages, but they came to dance. The conclusion that people do not want money spent on weapons of mass destruction holds true. This is a message that we must get to the Government – we do not want to spend £200 billion on Trident when Health, Climate change, Education, Housing and the Arts are needing money.

The message is clear. Abandon Trident. Spend money on much needed Social Causes. 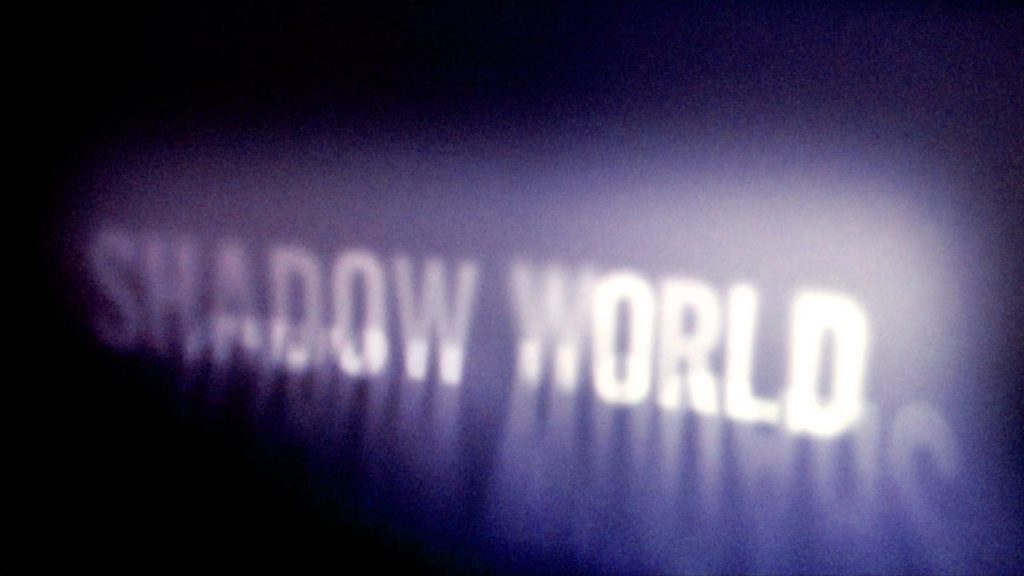 The Dirty World of the Arms Business –  by Colin Archer, WYCAAT

The most recent among a series of public events hosted by Peace Studies at Leeds Beckett University was held on April 25, 2018. West Yorkshire Campaign Against the Arms Trade presented the prize-winning film Shadow World: Inside the Global Arms Trade, and managed to secure the presence of the author of the book (same name) which inspired the movie, South African whistleblower Andrew Feinstein, who is the founding Director of Corruption Watch UK. The event was held in cooperation with Leeds Coalition Against the War, and was a Leeds contribution to the Global Days of Action on Military Spending.

Directed by Johan Grimonprez, the film “reveals how the international trade in weapons – with the complicity of governments and intelligence agencies, investigative and prosecutorial bodies, weapons manufacturers, dealers and agents – fosters corruption, determines economic and foreign policies, undermines democracy and creates widespread suffering.”

By setting the arms trade in a much wider context, it makes a devastating critique of the most brutal aspect of the neoliberal system. The initial historical focus is on the Reagan-Thatcher ‘conservative revolution’ which by deregulation and privatisation opened wide the doors to accelerated military budgets and weapons sales. This is then followed by sections on the well-known events following 9-11 and the Bush-Blair invasion of Iraq. The movie was made before the election of Donald Trump.

While there are references to the industry in other countries such as Israel, the main subject of the film is the US and UK and their close military partnerships with Saudi Arabia. It is thus not quite the global picture that the title promises, which would require a much longer treatment. What is particularly striking is the way it draws on a series of revealing interviews with both arms trade insiders and critics to demonstrate the cynicism and ruthlessness which characterises the industry and its intimate relationship with political leaders. It also includes some surprisingly poetical passages, both visual and lyrical.

In the discussion that followed, Andrew Feinstein offered insights into the choices that the creative team made, and stories of his confrontation with the ANC leadership over his insistence on full parliamentary investigations of the corruption scandal that unfolded from 1999 onwards (the Strategic Defence Acquisition) and which ultimately helped bring down Jacob Zuma.

In answer to questions on what actions can be undertaken (scarcely tackled in the film itself), Feinstein gave the example of a ‘remarkable piece of investigation’ done recently in Manchester by a small group of campaigners who had been inspired by the film. They dug deep into the data on how Manchester University is financing its investments and research programmes, revealing an ugly collusion with arms companies. Their report is the basis of a ongoing challenge to the University’s governing Council.

WYCAAT also showed the film in Huddersfield on April 26. The speaker was Andrew Feinstein’s colleague Paul Holden, lead researcher on ‘Shadow World’, Director of Investigations at Corruption-Watch UK, and author of Indefensible: Seven Myths that Sustain the Global Arms Trade. Discussion topics included: the visibility or otherwise of decision-making about the trade; challenges in getting the film mainstream distribution in the UK; alarming signals from the White House re the Iran deal; and prospects for curbs on the arms trade under a possible Labour government, together with plans for a Defence Diversification Agency.

WYCAAT is holding a follow-up Campaign Day on May 19th, (11am – 5pm at Leeds Central Quaker Meeting House). All are welcome! More information from WYCAAT Coordinator: Robin Bowles <cara@cooptel.net>