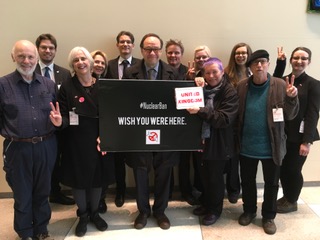 Today the conference covered Topic 2 and around 30 states made statements of around 2-3 minutes each. Although not everyone agreed on everything that should be contained in the Treaty, there were several common themes, similar elements and a general agreement. Most states agreed that the treaty will not be comprehensive (e.g. will not include verification mechanisms) but there is a question as to whether, once the prohibition part is agreed, the processes for elimination should be discussed now or left for later.

There were reports that France is applying pressure to some African states with which it still has influence. So while the nuclear states may not be present at the talks they are far from absent in negotiations, choosing instead to work behind the scenes.

I was on a panel addressing the issue “How to successfully develop an international coalition toward the elimination of nuclear weapons” chaired by Reiner Braun (International Peace Bureau Co-President) Yayoi Tsuchida (Gensuikyo, Japan) and Joseph Gerson (AFSC-US, USA) spoke on “New Nuclear Weapons threats in the US”;  Jorgen Scheffran (INES, Germany) on “The responsibility of scientists”; Hiroshi Taka (Gensuikyo, Japan) on “Japan’s contribution to mobilise public opinion” and myself (CND, UK) on “Building the momentum against nuclear weapons”. Organised by Gensuikyo, IPB, Rosa Luxemburg Sifting NYC and Peace Planet.

It was generally agreed that we need to build a grass roots movement to challenge the threats we face from the failure to address climate change and the failure of the NPT. However, there are a number of challenges affecting the ability of the peace and nuclear disarmament movements to effectively carry this out. 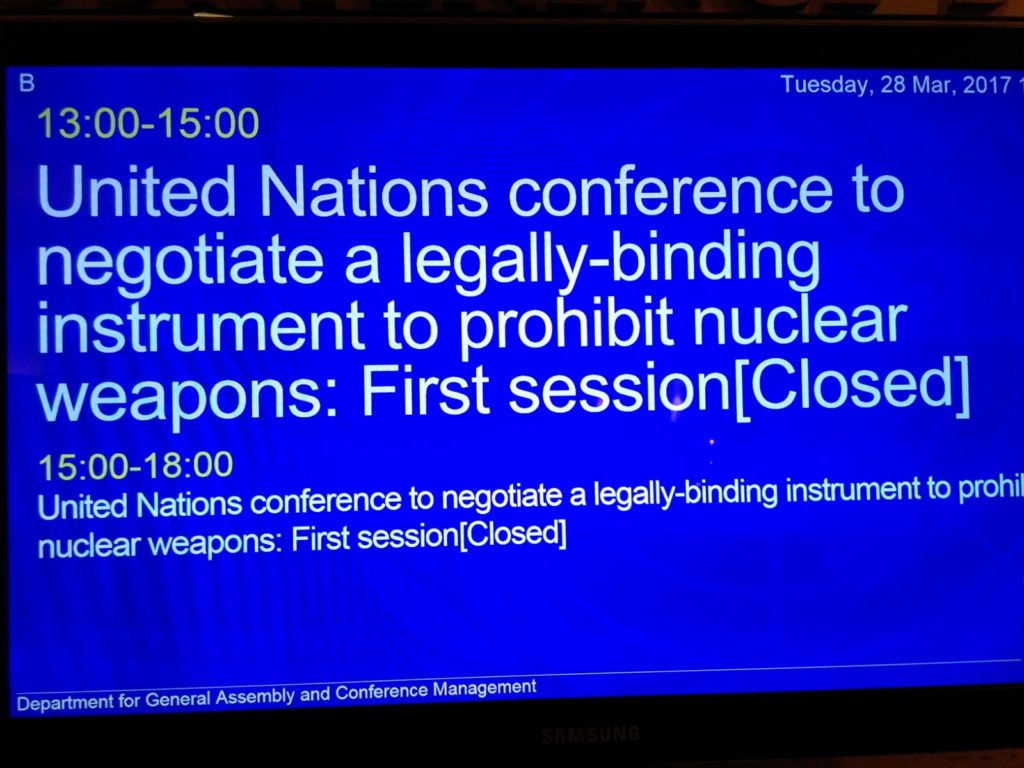 Among the positives mentioned: At lease 2/3 of the world is united in its wish to implement a treaty to make nuclear weapons illegal. In Japan the 4 opposition parties have come together, for the first time, to defence Article 9 of the Constitution; 71% of the Japanese people think the government should participate in the conference; Trump’s presidency has brought people out on the streets a number of times already – protest is becoming more frequent bigger and better organised; we can adopt the women’s march planned for June 17th in New York and make it a huge international success; the ban treaty is seen by some as a tool for developing international cooperation and communities; nuclear weapons are used as a symbol of status and a ban treaty will enable us to stigmatise those states who continue to possess them when the rest of the world considers them illegal; a simple message like the “NHS Not Trident” that brought together a range of campaigns to build into the big anti-Trident Replacement demonstration at the beginning of 2016; the EU voted in favour of joining the talks and 75% of the British public expected the British Government to attend. 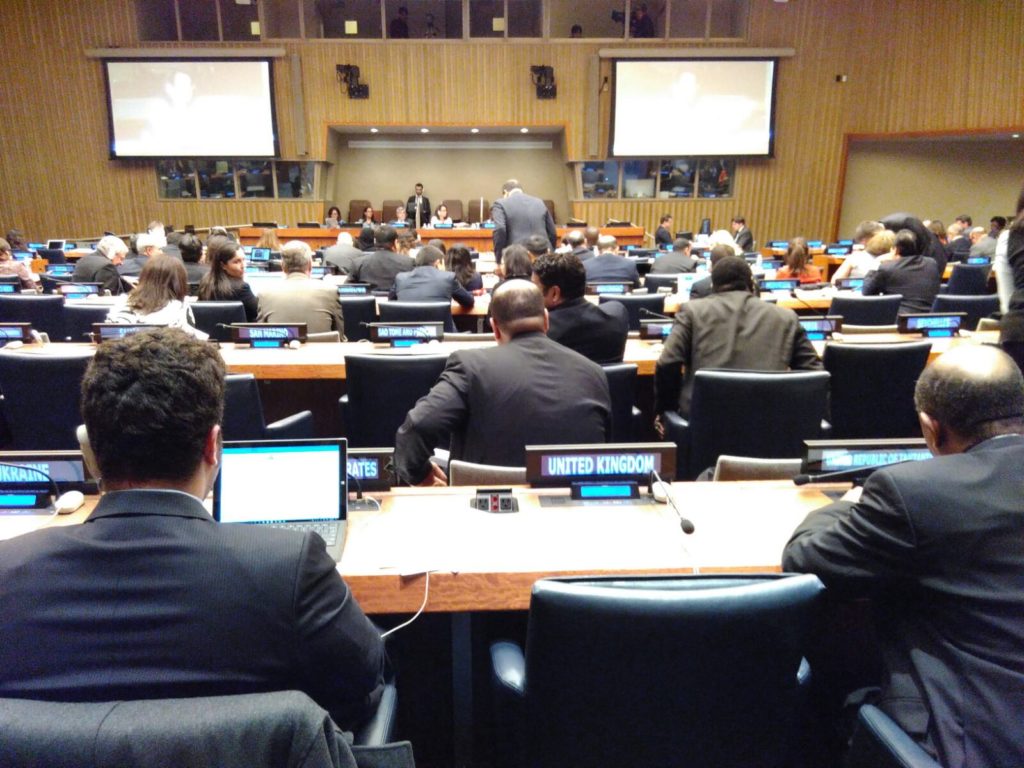 And the negatives: The peace and disarmament movements are nowhere near large enough at the moment; peace movements have been bought off in the past by (for example) the NPT, the CTBT, etc and we must be aware of the possibility of this happening again; We don’t yet know how the ban might be enforced and/or how the states who sign will be able to impose the conditions of a ban treaty;

The opportunities: the protest to the NATO summit in Brussels in May; the NPT Preparatory Conference in Vienna in May; June demonstration in New York when talks start again in June – it was agreed that we should adopt this day as an international day of protest around the world.

In response to a question on the disagreement as to how the Treaty could be comprehensive and follow a step by step approach Juergen Scheffran pointed out that any steps taken should always be seen as part of an over-all comprehensive plan. There was more but they were perhaps the major points.