An event to mark the 75th anniversary of the atomic bombings of Hiroshima and Nagasaki in Bradford this Saturday is to be moved online over social distancing concerns. The ceremony, featuring contributions from the Bishop of Bradford Toby Howarth, Naz Shah MP and Lord Mayor Councillor Doreen Lee alongside a poem written especially for the occasion by Bradford Poet Sharena Lee Satti, will now be live streamed at 11am tomorrow.

Norfolk Gardens has always been the venue for the annual event in Bradford organised by the Yorkshire Campaign for Nuclear Disarmament but due to the milestone anniversary this year, many more people were expected to gather. “We really struggled with this decision, as we had so many wanting to take part but the space around the Hiroshima memorial is very limited and the council were deeply concerned – our first priority must be everyone’s safety.” said organiser Mollie Somerville of Heaton, Bradford.

The anniversary which has seen socially distanced events take place across the world, was marked by Ireland, Nigeria and Niue all signing the UN Treaty for the Prohibition of Nuclear Weapons, which campaigners now hope will become international law by Christmas.

“It’s such a fitting tribute to all those civilians killed and those still suffering the legacy of the bombing that the international community is working to put an end to these monstrous weapons for good. Here in Bradford we’re calling on our Councillors to pledge their support. We want to see Bradford become the next city to support the ban following the example of hundreds of other cities and towns around the world.” added the groups Joyce Robertshaw of Shipley. 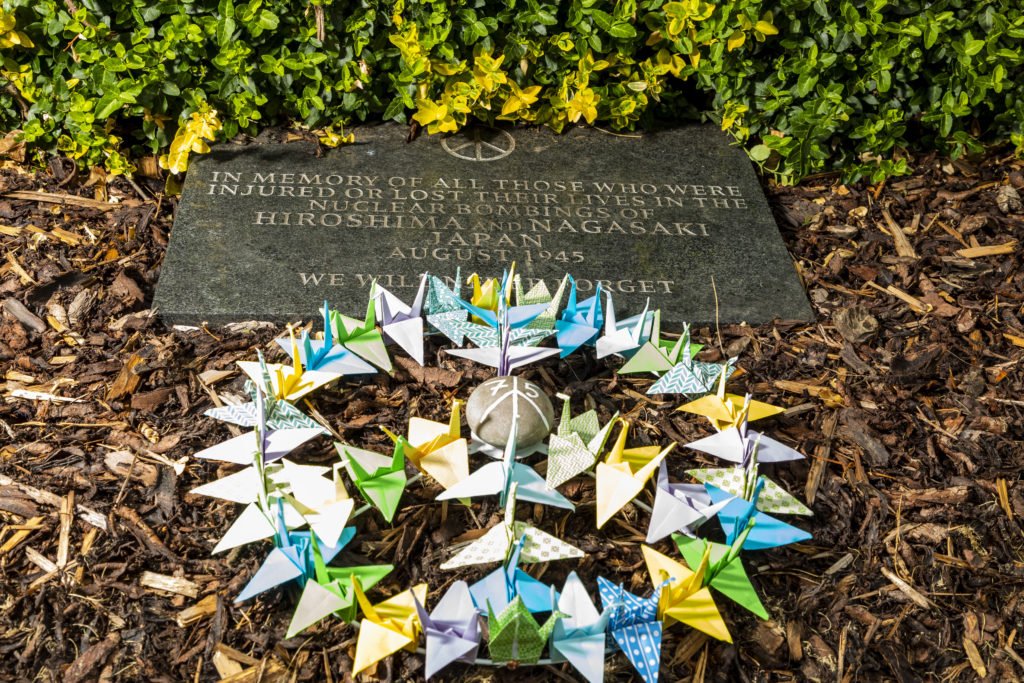