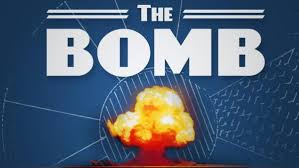 The UK Premier as part of Sheffield Documentary Film Festival. Through the use of experimental montage and atmospheric film scoring, the trio of filmmakers (including author of Fast Food Nation Eric Schlosser) presents an alarmingly bleak impression of humanity under atomic threat. With a focus on the decades before and after the nuclear attacks in Japan, the film shows how […]