The UK and the Militarisation of Space

The UK and the Militarisation of Space
Posted by Dave Webb on 18th December 2019 in Analysis, Fylingdales, General, Menwith Hill, Missile Defence, space 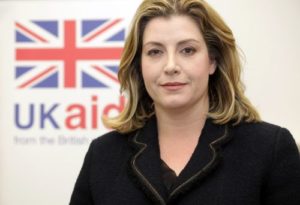 On the 18th July, Penny Mordaunt, the Defence Secretary at that time, outlined a new £30 million space programme for the Ministry of Defence involving the development of small satellites. The work will be supported by Artemis, a new transatlantic team involving UK and US defence personnel working closely together. The UK space programme might be new, but there is nothing new about the intention. The UK designated space a Critical National Infrastructure in 2015 and the UK and US have worked closely together on a range of military and intelligence programmes for years. The UK also specialises in miniature satellites through Surrey Satellite Technology Limited (SSTL), founded in 1985 as a spin-off company of the University of Surrey. In 2005 Elon Musk’s SpaceX company bought a 10% share and in 2008 the EADS Astrium group purchased another 80%. SSTL has captured 40% of the global small satellite market and the MoD has paid them over £4 million to develop Carbonite 2, a small, low-orbit satellite launched in 2018 to provide high-resolution reconnaissance for intelligence gathering. Small satellite systems are cheap to launch and very difficult to detect, making them particularly useful for covert operations such as the monitoring, assessment and even sabotage of other space objects, the US already suspects Russia of using them for “unusual activities” in space. Artemis will probably be launched from a dedicated small-satellite launcher at the new Cornwall Space Hub at Newquay airport, or maybe the one being developed at Sutherland in Scotland.

The UK will also be the first partner to join Operation Olympic Defender, a US-led international coalition aimed at deterring “hostile actions by rivals.” Mordaunt announced that “today we show the sky is no longer the limit for our Armed Forces” and that Joint Forces Command will become Strategic Command and will coordinate the war-fighting domains: Air, Land, Sea, Cyber and Space. This echoes Trump’s Space Command, activated in 2019 as a precursor to his Space Force. US Space Command was first created in 1985 to coordinate the use of space by the USAF and in 2002 it became part of US Strategic Command.

In just a few decades outer space has become of the utmost importance for global commercial, political and military interests. The military now depend heavily on satellites for communication, navigation, surveillance, reconnaissance and the command, control and targeting of missiles and drone operations. Other nations are also openly recognising the importance of space. Shortly after Donald Trump announced the creation of the US Space Force with an estimated $4.7 billion start-up, President Macron proclaimed that France had allocated 3.6 billion euros to its own military space force to take warfighting into space.

Mordaunt talked of facing up to “evolving threats” from “hostile actors in space” by working more closely with “international allies through Five Eyes, NATO and now Operation Olympic Defender.” ‘Five eyes’ refers to the intelligence services of Australia, Canada, New Zealand, the UK and the US. Shortly after World War II the UK and US signed up to an intelligence sharing agreement called UKUSA, described by Edward Snowden as a “supra-national intelligence organisation that does not answer to the known laws of its own countries”. Originally established to share intelligence on the Soviet Union, information gathering has since grown exponentially through ‘Communications Intelligence’ the monitoring of international communications by intercepting electronic communications via satellites and tapping into fibre optic cables. One major collection centre is the NSA Spy Base Menwith Hill in North Yorkshire. The alliance has also grown to at least 35 and also uses 88 locations in US embassies and consulates around the world eavesdropping on foreign embassies, communications centres, and government installations. 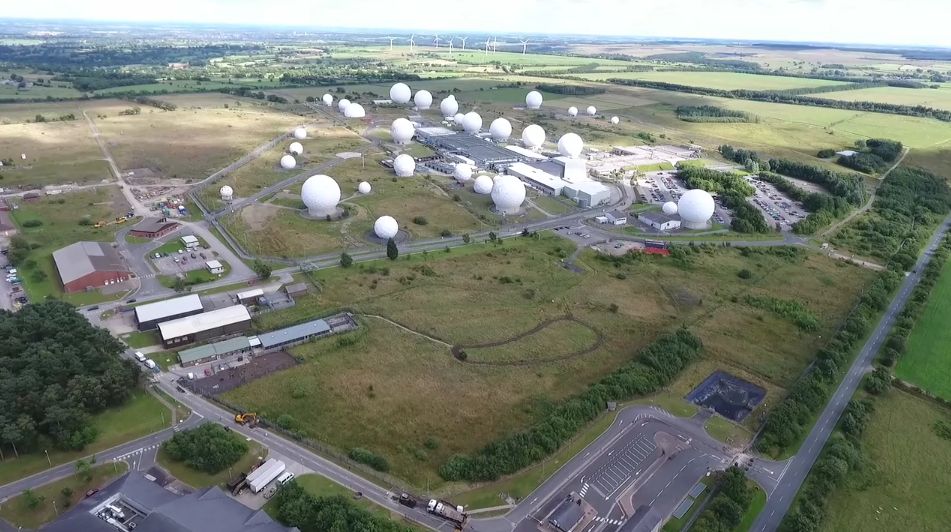 Menwith Hill – US Spy Base

All this, plus Trump’s plans to weaponise space and the decision by the NATO Summit in London to develop a policy for warfighting in space, represent a huge threat to international security. They also threaten the 1967 Outer Space Treaty (OST) which declares that outer space should be “the province of all mankind” and space activities should be carried out “for the benefit and in the interests of all countries”. Many of the 132 signatory states are now deploying military satellites and 4 of them (the US, Russia, China and India) have also developed and tested anti-satellite weapons. If a vital satellite should malfunction at a time of international tension and another nation is blamed – it could result in a nuclear exchange.

The militarisation of space presents real threats to civil liberties and international security. Some politicians have spoken out against it but no major political party has so far fully understood the waste of money and resources involved and the importance of stopping a space arms race and its possible catastrophic consequences. There are attempts to prevent the further militarisation of space. Every year a resolution calling for “International Cooperation in the Peaceful Uses of Outer Space” is adopted at the UN General Assembly. Russia and China also introduce an annual resolution on a treaty for the Prevention of an Arms Race in Outer Space, to prevent any nation from gaining a military advantage in outer space. The resolution is overwhelmingly adopted – except by the US who vote against and Israel, who abstain. The US says the treaty is not needed as there are no space weapons, others are suspicious and frustrated that no progress can be made until the most powerful country in space agrees. It may therefore be up to us. An active international network – the Global Network Against Weapons and Nuclear Power in Space – connects activists and campaign groups around the world. They coordinate an annual ‘Keep Space for Peace Week’ to highlight the need to demilitarise thinking about outer space. Last October 40 events were held in 10 countries – more are needed to join the protest if we are to keep outer space free from weapons and war.

This article is taken from a longer paper to be printed in “Transform – A Journal of the Radical Left”  by Dave Webb in January 2020.