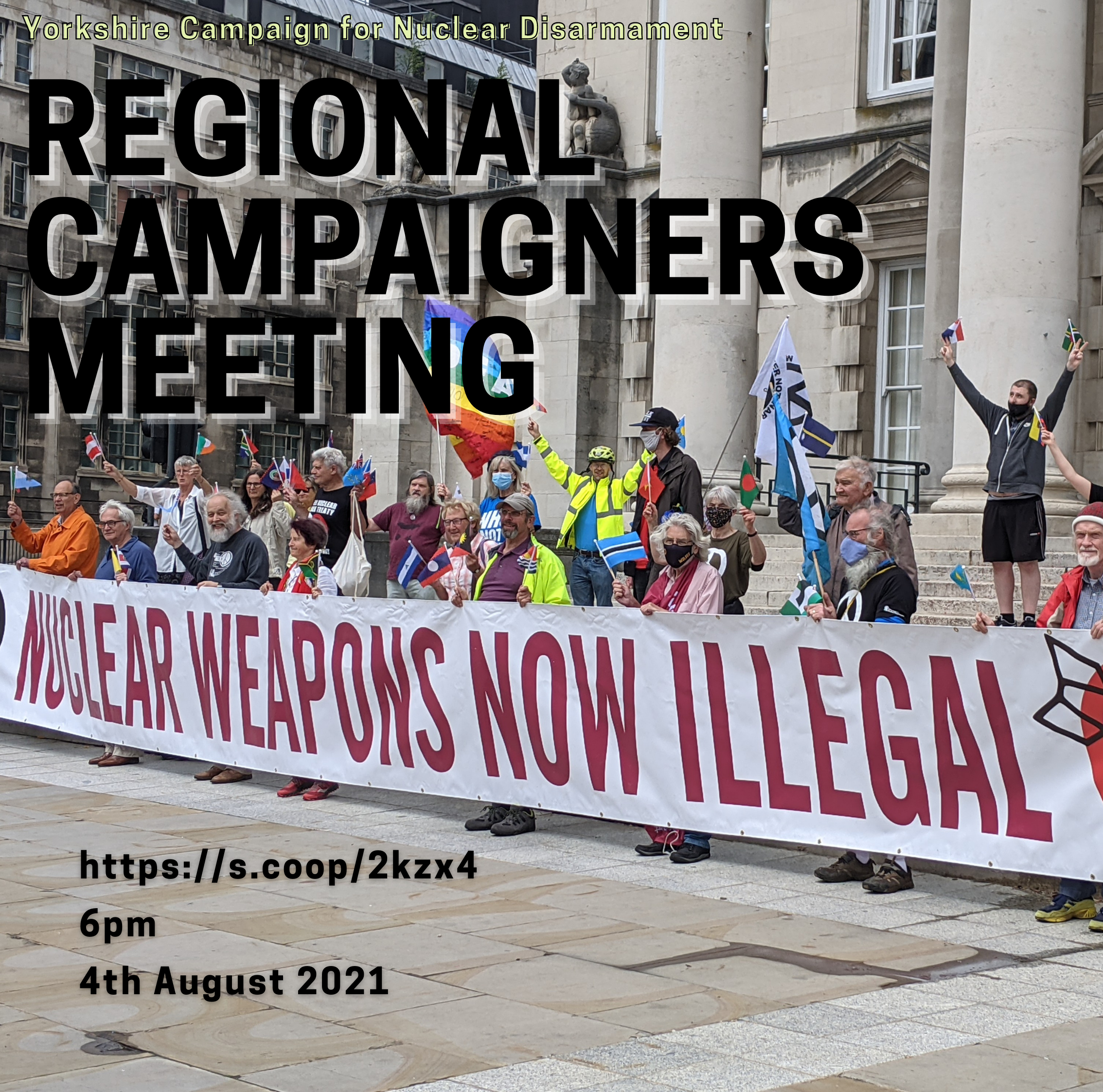 Join Yorkshire CND’s Regional Campaigners Meeting in August where peace & anti-nuclear activists from across the region can come together to discuss their action plans. We encourage participants to share their ideas and the plans their local peace groups have in the works. Among the items for discussion will be our efforts getting support for the TPNW through local councils […] 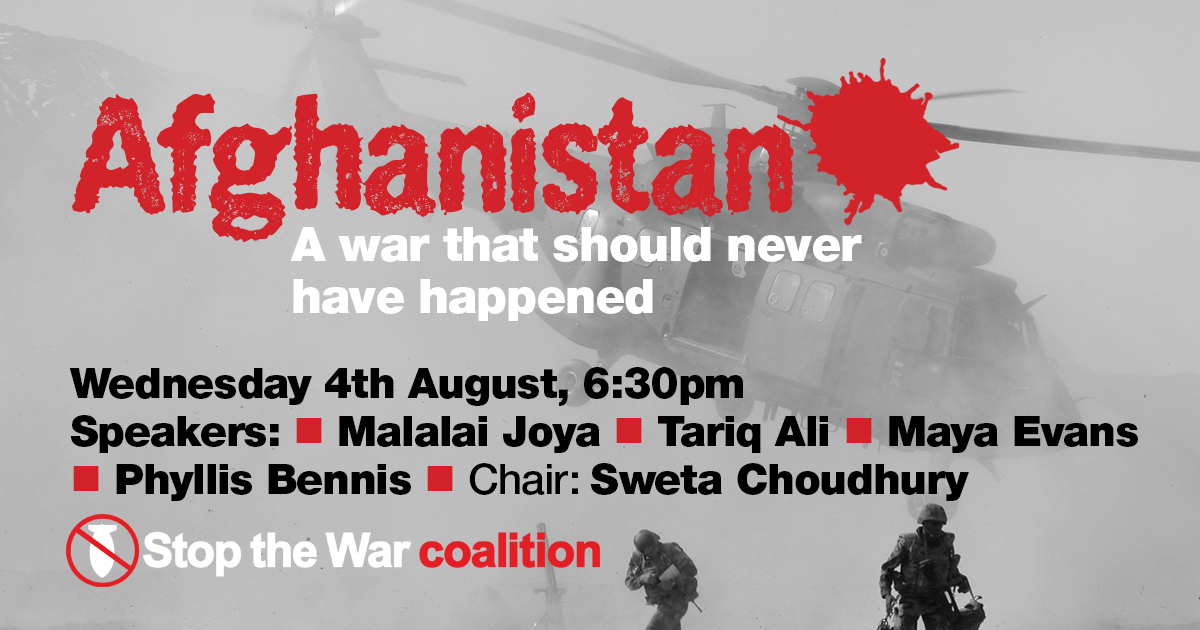 As the anti-war movement predicted in 2001 the twenty-year occupation of Afghanistan, led by the US and Britain, has been a complete catastrophe. The recent hasty withdrawal of Western forces represents a devastating defeat for the US and its allies and for the War on Terror as a whole. It is a failure that has resulted in the tragic deaths […]