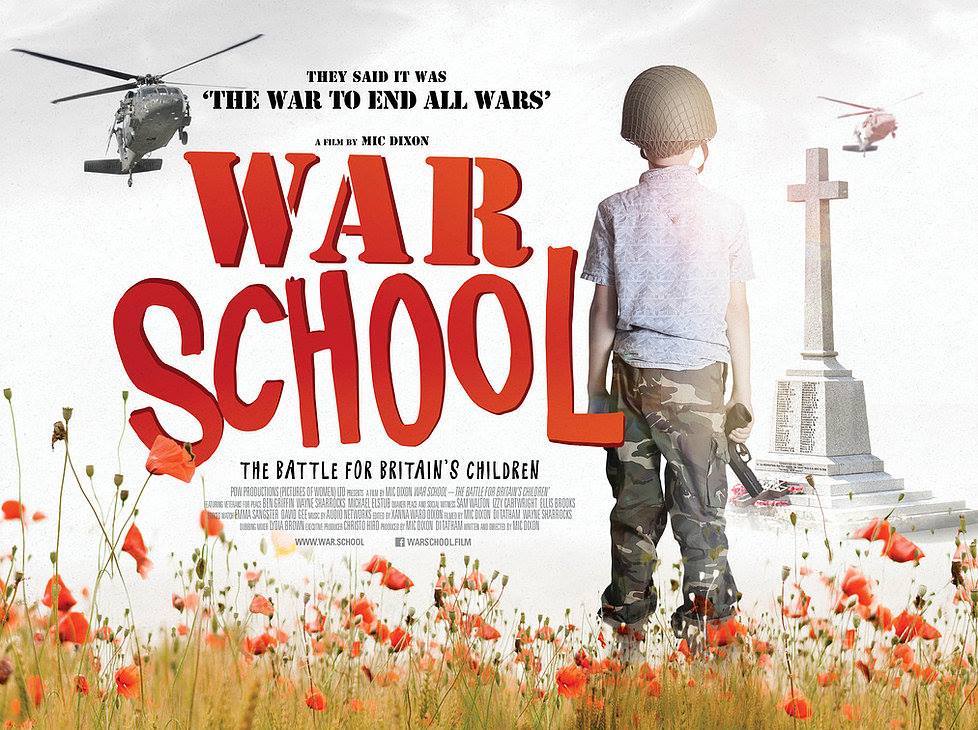 Film screening of “War School” with Veterans for Peace. War School is a new documentary about the militarisation of British children.

“Armed Forces Day, Uniform to Work Day, Camo Day, National Heroes Day – in the streets, on television, on the web, at sports events, in schools, advertising and fashion – the military presence in civilian life is on the march. The public and ever younger children are being groomed to collude in the increasing militarisation of UK society.”