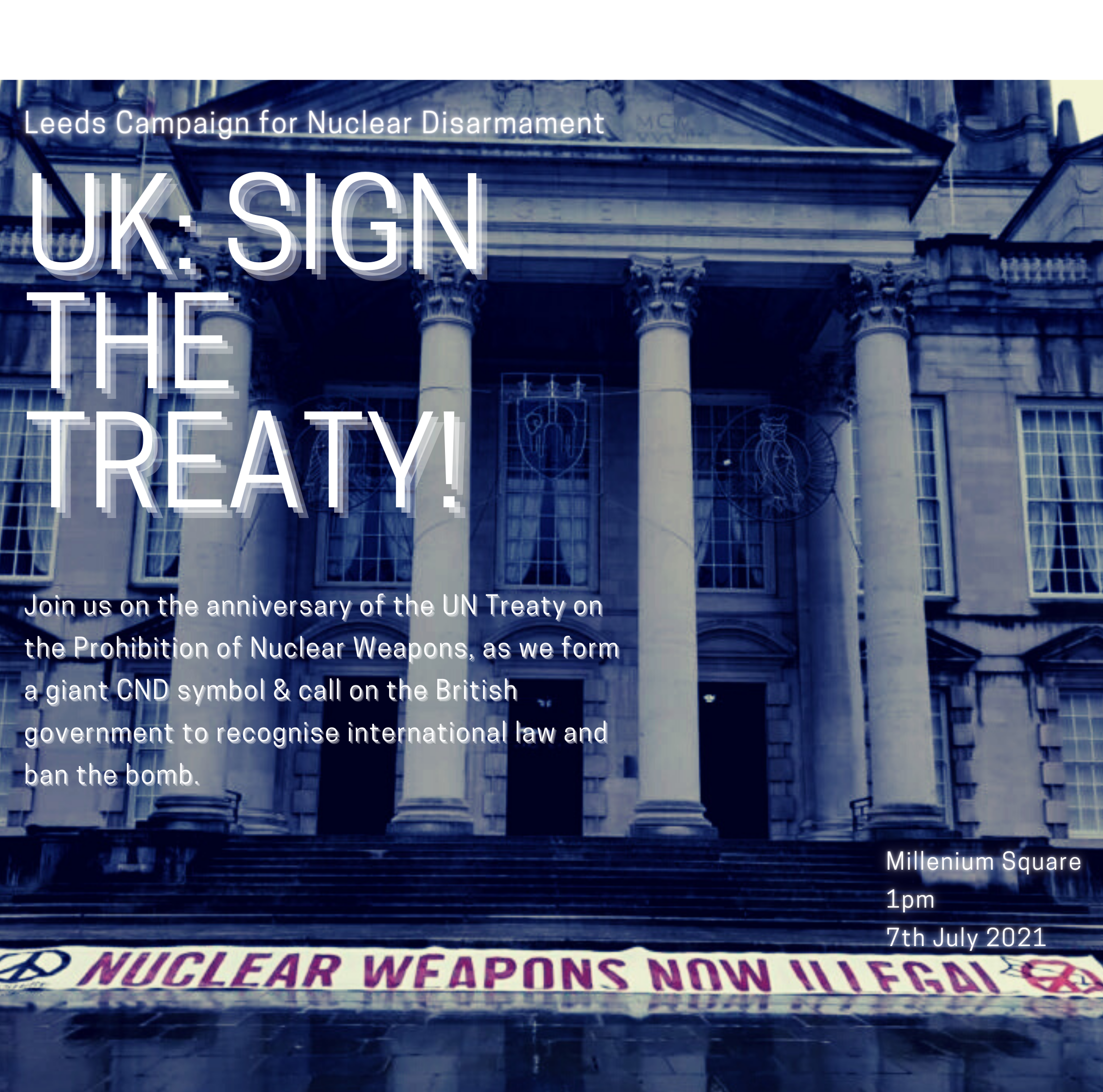 On the 7th July 2017, the UN Treaty on the Prohibition of Nuclear Weapons (TPNW) was adopted. Almost four years later, this Treaty has received the signatures of 86 nation-states, the ratification of 54, and as of January 22nd 2021, entered into force as a treaty of international law. Despite this historic victory for the global peace movement, the nuclear weapon states have continued to defy the global nuclear ban. The British government has even announced an increase to its nuclear warhead stockpile by 40%.

As a result, Leeds CND are calling a protest on the birthday of the TPNW, inviting people from across the city to emulate the actions of Bradford peace activists last year, by forming a giant CND symbol in Millennium Square. Leeds is a city with a deep reservoir of peace campaigning, as both a long-term supporter of the Nuclear Free Local Authorities initiative, but also as Leeds City Council only recently endorsed the TPNW.

Leeds City Council leader, James Lewis has stated: “Leeds City Council has a long held tradition of supporting peace and nuclear disarmament. In January this year we passed a motion in support of the International Treaty to Prohibit Nuclear Weapons. I firmly re-iterate our support for the Treaty and confirm we will continue our work in support of nuclear disarmament.”

If you want to join us and declare your commitment to a nuclear-free world, register below. Once you have registered below you will be assigned a country and a number. The country represents one of the nations which have endorsed the TPNW and the number your assigned place in the giant CND symbol. This will be a safe, Covid-secure, socially-distanced protest and we encourage those who can to wear masks.