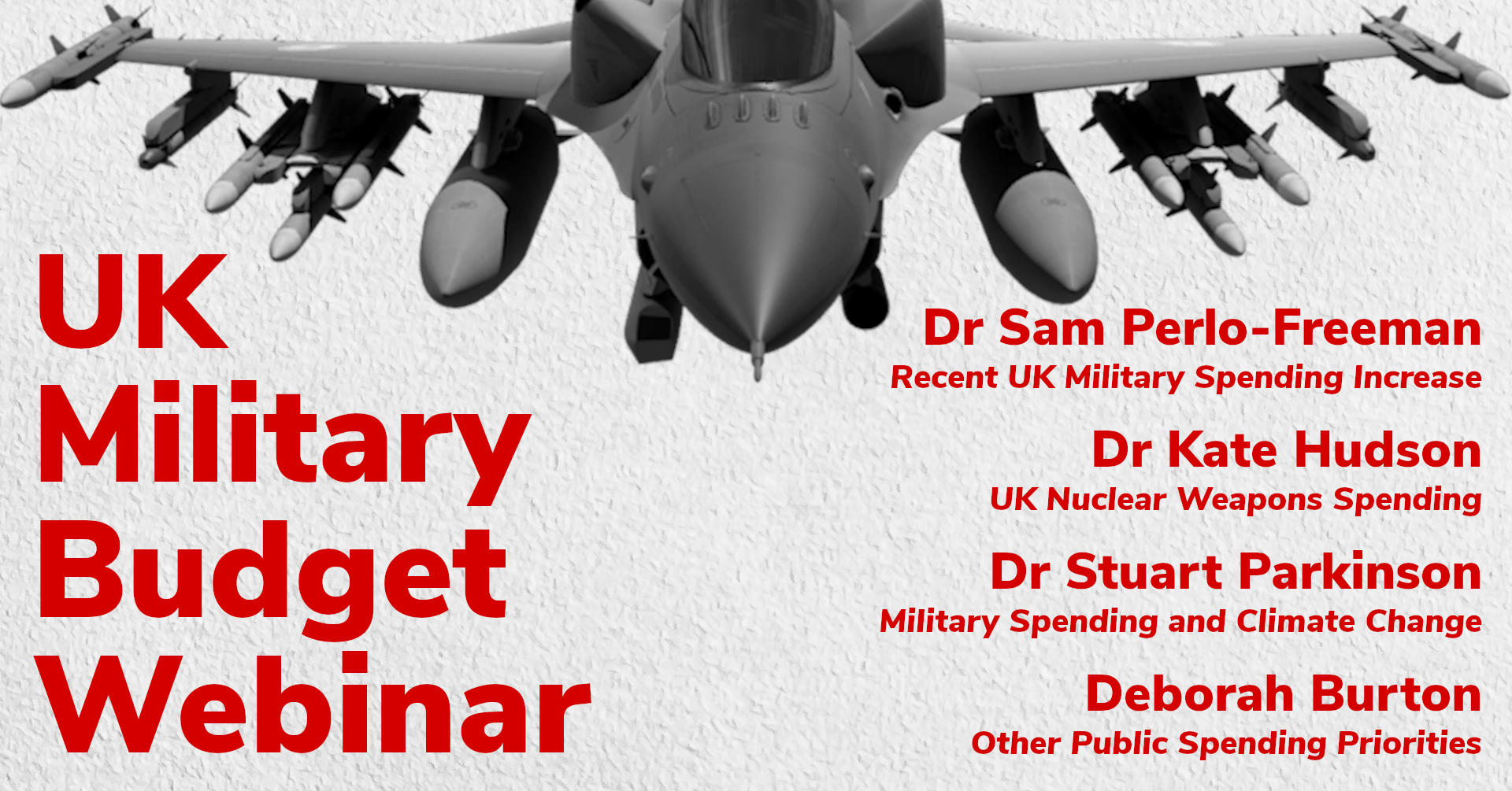 In November 2020, the Westminster government announced major increases in military spending, while at the same time slashing the overseas aid budget. This double-decision has been heavily criticised by many.

With a further set of budget decisions on the horizon, it is important and timely to discuss the ways forward for campaigners. Ahead of the proposed March budget statement, we invite you to join us at a public webinar which will act as a briefing on issues relating to the military budget.

We will have four 10-minute presentations from our guests followed by a period of discussion.

UK Spending on nuclear weapons and other military technologies with Dr Kate Hudson, General Secretary of Campaign for Nuclear Disarmament

Event will take place at 4pm Monday 22nd February 2021.
Register below to join the Zoom or watch live on Facebook