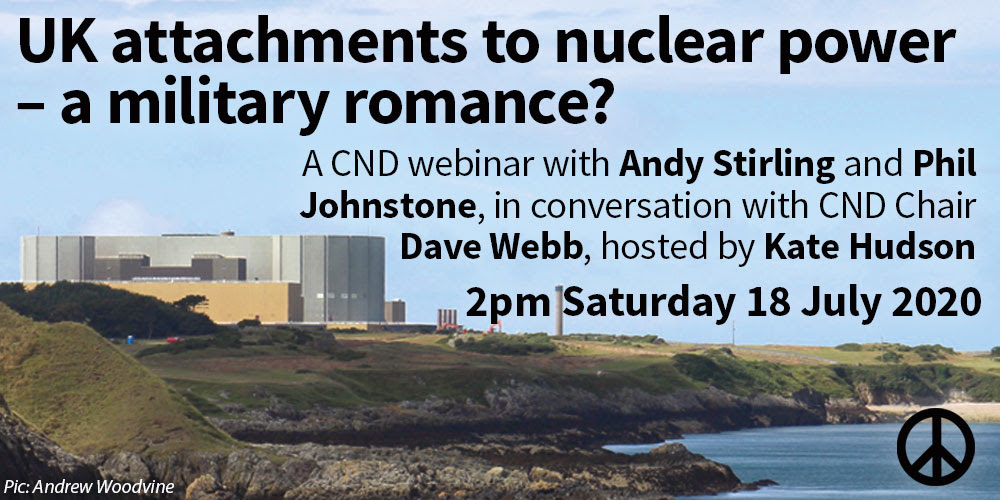 As part of a Parliamentary investigation into the Hinkley project, it emerged that without the billions of pounds earmarked for building this new power station in Somerset, Trident would be ‘unsupportable’. Professor Andy Stirling and Dr Phil Johnstone argued that the nuclear power station will ‘maintain a large-scale national base of nuclear-specific skills’ essential for maintaining Britain’s military nuclear capability.

Join CND for an online discussion with Professor Stirling and Dr Johnstone about these connections.