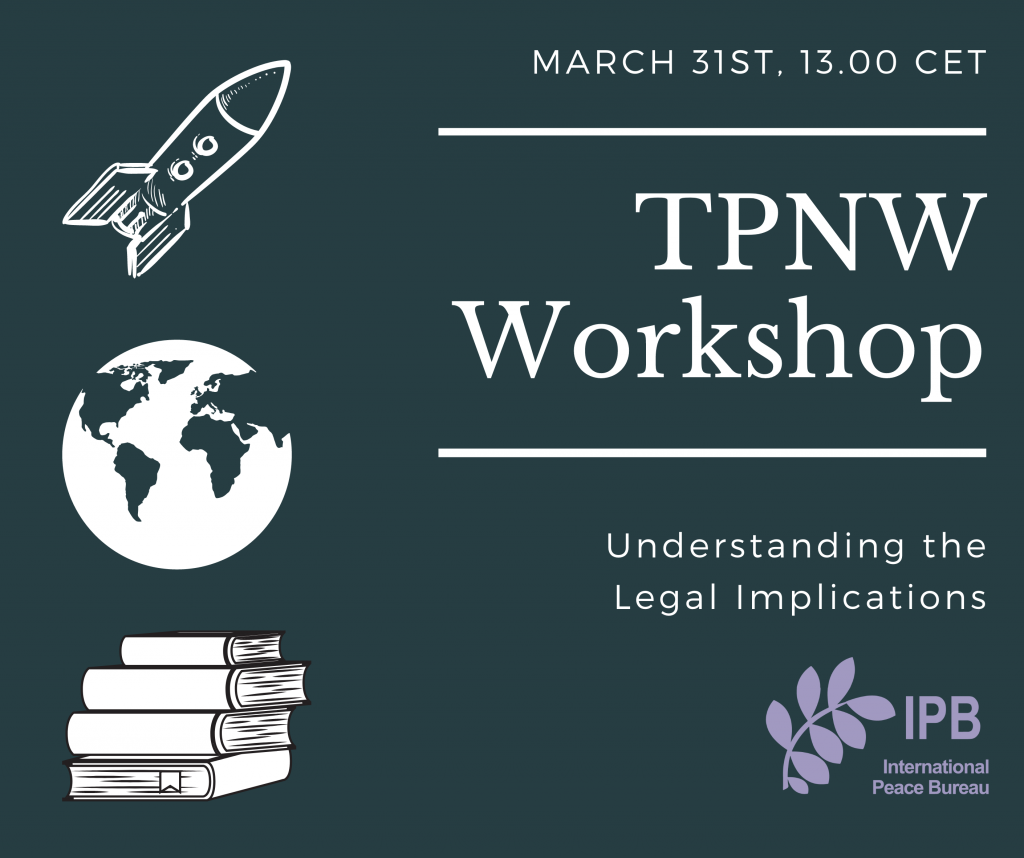 While so many groups, organizations and states were celebrating the moment when the TPNW came into force, others tried to delegitimize it and to minimize its success. The press often referred to it as a merely “symbolic” treaty, because neither the nuclear weapons states nor NATO did not participate in the negotiation process and they did not join the treaty. Another argument, which often comes from the TPNW opponents is that it contradicts the NPT, but does it really?

What is the legal status of the TPNW? How does it relate to customary international law? What is its relationship between the TPNW and the NPT?

These questions are the focus of this workshop. This workshop hopes to give an overview of the applicable norms in terms of nuclear disarmament and strengthen your arguments against nuclear weapons.

After a presentation, the participants will have the opportunity to discuss some of the questions in smaller groups and further develop their arguments. The speaker will be Amela Skiljan (IALANA and IPB), and the workshop will be moderated by Reiner Braun (IPB).