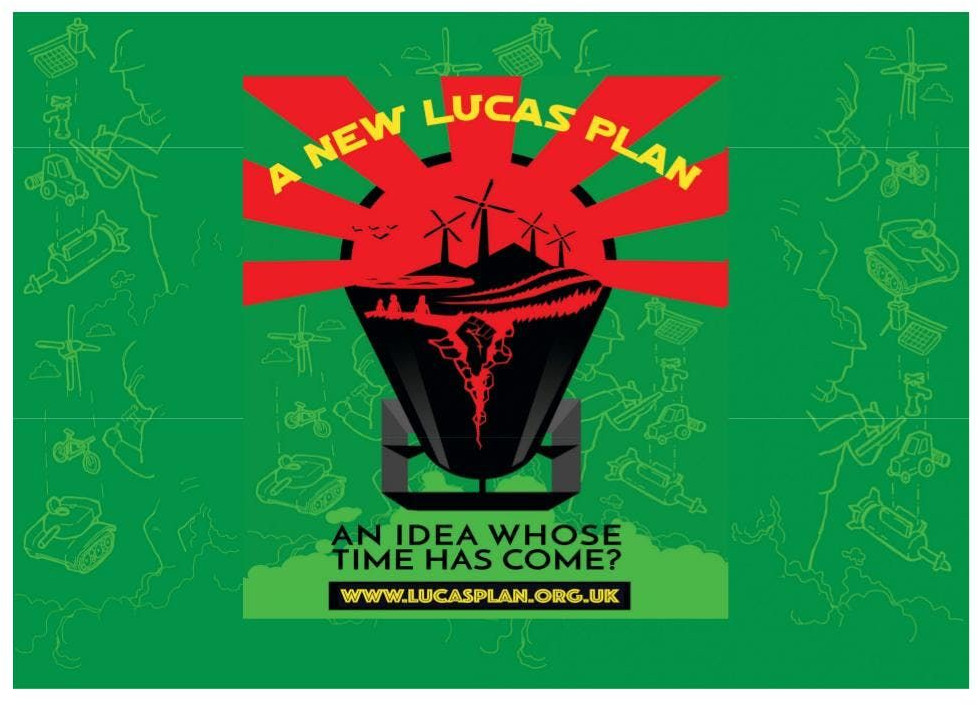 A little outside our region but we thought it was interesting enough that some people might want to travel over.

The idea of a ‘New Lucas Plan’ as one possible way forward came from a conference on the 40th anniversary of the Lucas Plan. The Lucas Plan of the 1970s was a celebrated attempt by workers at the arms related company, Lucas Aerospace, to develop a plan for conversion of the company to the production of socially useful products. Facing the threat of unemployment caused by new technology and recession, the workers collected 150 ideas from the shop floor for alternative, socially useful products that could be produced using their skills and technology.

The idea for a ‘New Lucas Plan’ is to develop plans for a new and democratically controlled economy, based on the Lucas Aerospace workers’ idea of socially useful production. The transition to a new sustainable and socially just economy will involve conversion of harmful industries in a way that must create socially useful livelihoods for workers. Rather than seeking to develop such a plan ourselves, through these events we want to engage with the thinking of activists in different social movements, in order to collectively develop our thinking. This is consistent with the Lucas Aerospace workers’ bottom-up approach, and the events will aim to be as participatory as possible.

One aim of the event will be to catalyse the creation of new links between different movements, with the possible aim of developing a New Lucas Plan for the Derby area.

Speakers will include members of the Lucas Aerospace Combine, members of the New Lucas Plan working groups and representatives of local organisations. There will be a screening of a short version of THE PLAN, a new film about the Lucas Plan.

The event will be free, with donations to cover room costs. For more information email info@breakingtheframe.org.uk.