The Future of Peace, Disarmament and Conscientious Objection

The Future of Peace, Disarmament and Conscientious Objection 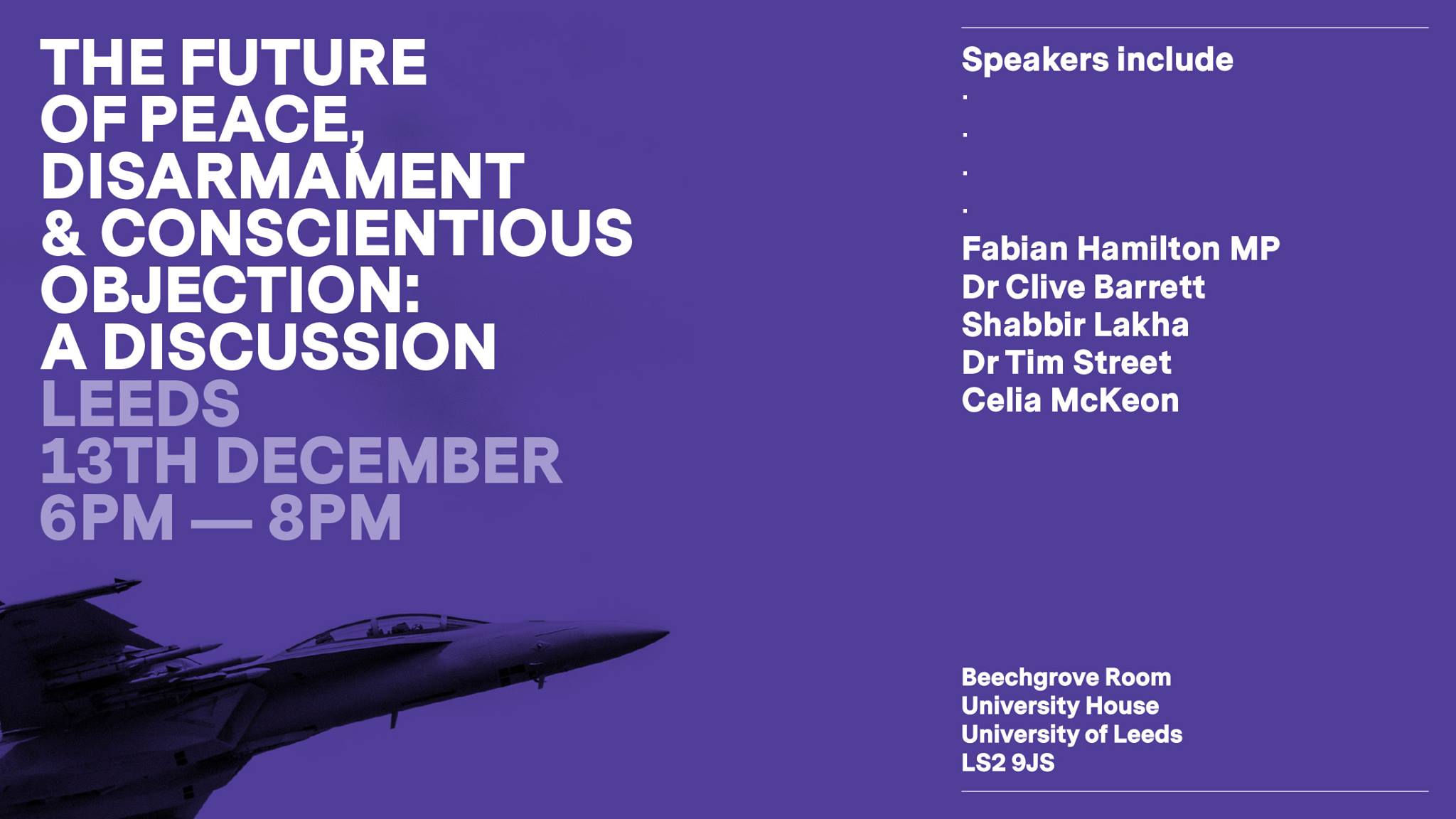 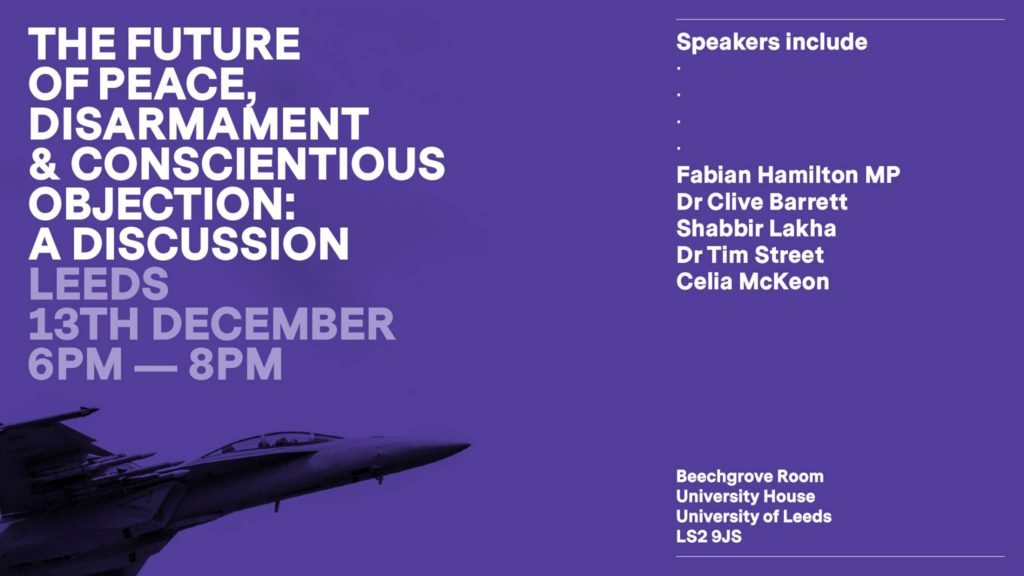 In 2016, the Labour party announced that it would establish a Minister for Peace and Disarmament (MPD) if it formed the next government. Fabian Hamilton MP was appointed the Shadow MPD to develop the role and work on a ‘peace doctrine’ to outline the post’s underlying principles and remit. Conscience fully supports the idea of a MPD in government and believes that a Ministry for Peace is the right place to put taxes that would otherwise be used for war and preparation for war.

Conscience’s main aim is to raise awareness in local communities about the history and ongoing struggles for the right to conscientious objection, pass the Peace Tax bill in parliament, resist the escalation of warfare and encourage greater participation from local communities on anti-war issues.

This public meeting will discuss the above mentioned through the spectrum of a MPD, it’s overall implications on the Peace Tax campaign and how a MPD could work with other government departments to ensure the UK has an ethical foreign policy.