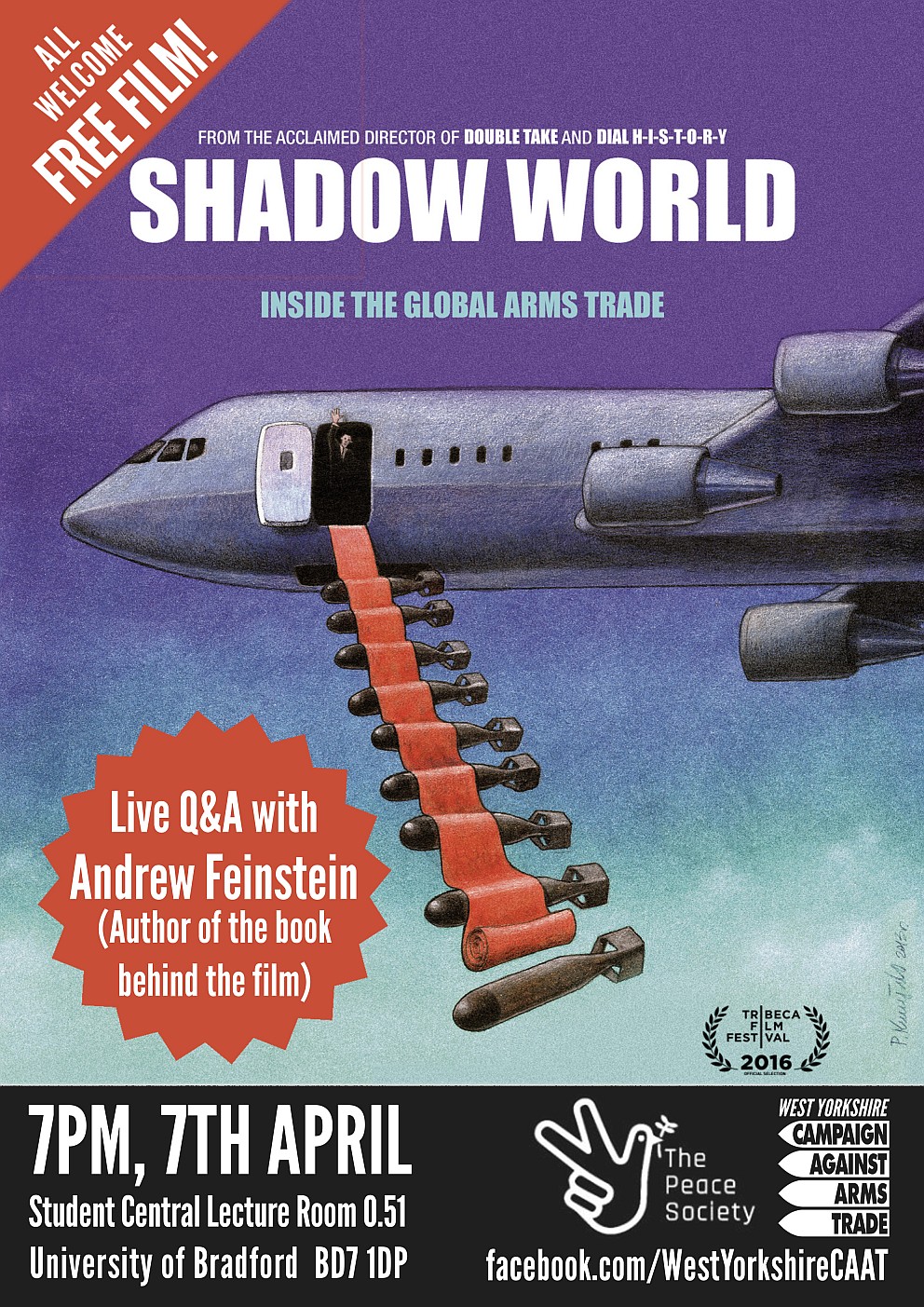 A brilliant opportunity to see the documentary based on Andrew’s globally acclaimed book ‘The Shadow World: Inside the Global Arms Trade’, the film reveals how the international trade in weapons – with the complicity of governments and intelligence agencies, investigative and prosecutorial bodies, weapons manufacturers, dealers and agents – fosters corruption, determines economic and foreign policies, undermines democracy and creates widespread suffering.

We are really pleased that Andrew Feinstein, the author of the book and founder of Corruption Watch, will join us afterwards for a discussion about the issues raised in the film.

Andrew Feinstein is one of the world’s leading experts on corruption and the global arms trade. A frequent commentator on BBC, CNN and Al Jazeera, and The Guardian, his writing has been published by The New York Times, Der Spiegel, the Huffington Post, and many others. As the author of the book on which the film is based, he has guided the production team on the contemporary issues and history addressed in the film. Andrew is founding director of Corruption Watch UK, and is a former ANC Member of Parliament from South Africa where he served under Nelson Mandela.

More info on the film: http://shadowworldfilm.com/