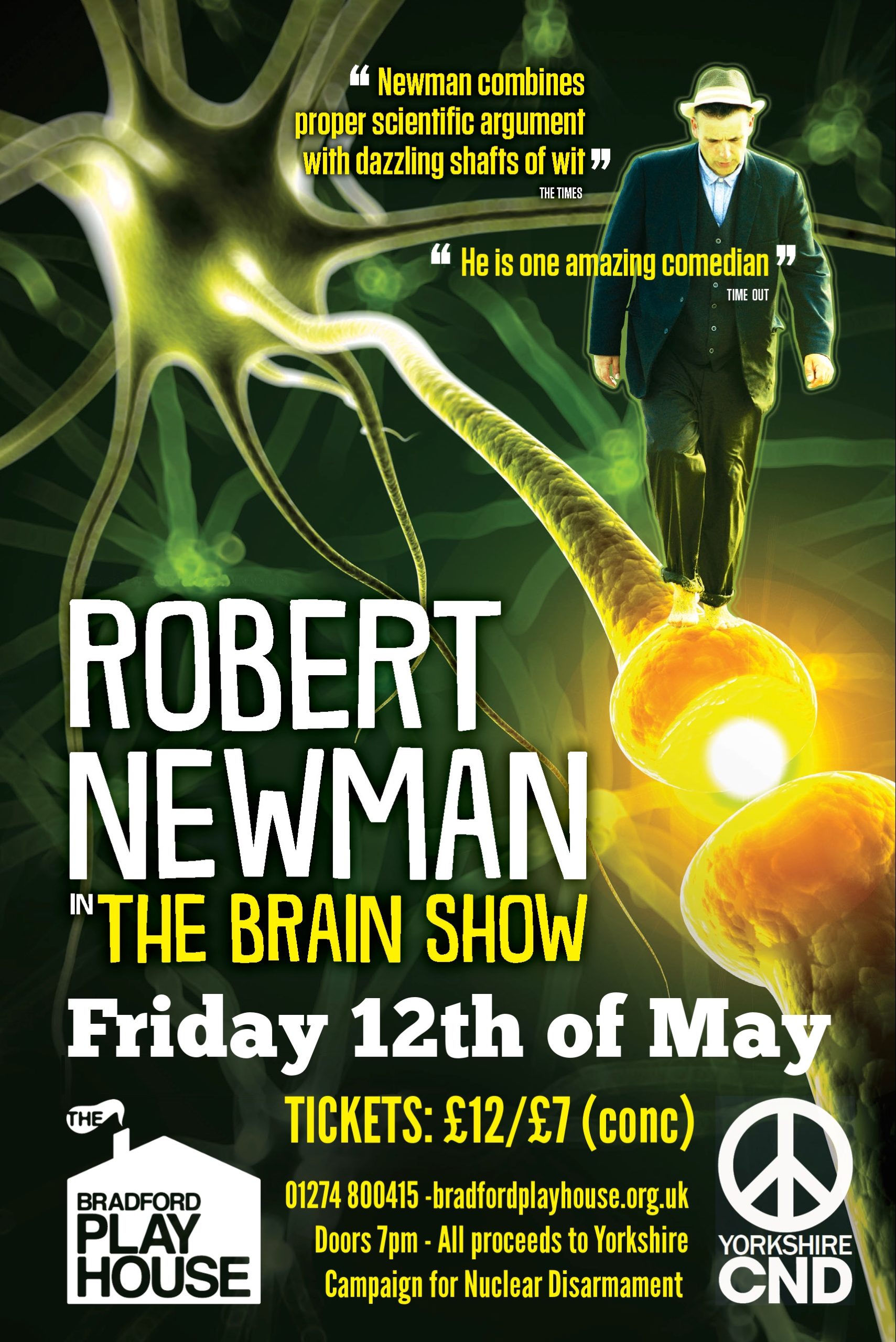 We’re delighted to announce that the brilliant Rob Newman will be returning to Bradford’s Playhouse with his latest musings upon science – ‘The Brain Show’.

All proceeds from the show will go to Yorkshire Campaign for Nuclear Disarmament.

Praise for The Brain Show:

“Every time Rob Newman comes up with a new live show, it is beholden on all observers of comedy to pay attention. Not merely because of his great track record… but because he sets himself intellectual challenges beyond the grasp of many stand-up comedians, and produces material that genuinely forces audience to approach the world in a whole new way… this time around, in The Brain Show, he’s delving into the inner recesses of his cerebellum with a performance that mixes hard fact with dizzying flights of comedic fantasy.” The Guardian

‘The Brain Show is a delight’ Telegraph

‘He is one amazing comedian’ Time Out