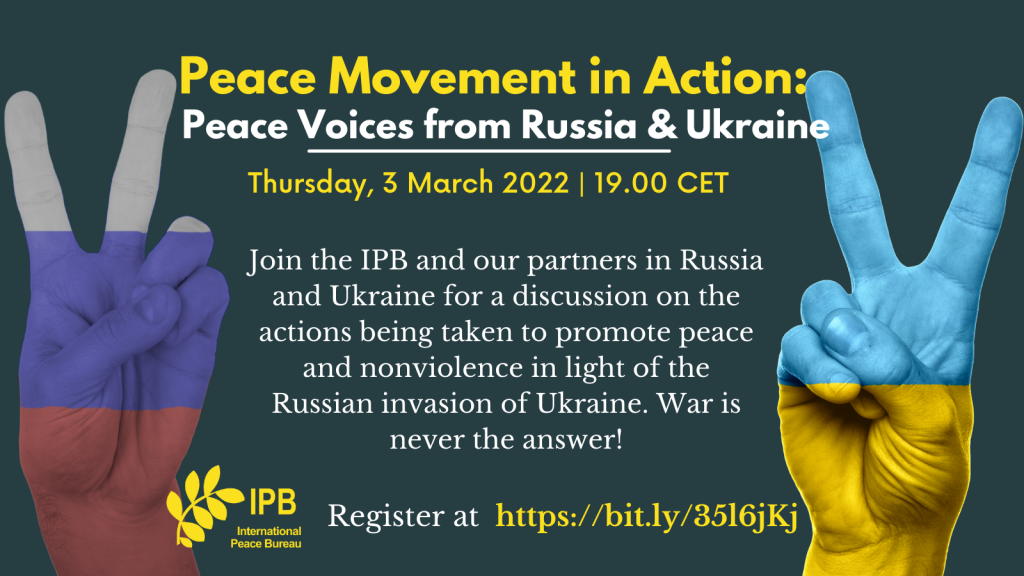 Join the IPB and our partners in Russia and Ukraine for a discussion on the actions being taken to promote peace and nonviolence in light of the Russian invasion of Ukraine. While the war wages, it is as important as ever that we reinforce our belief that war is never the answer and instead support the voices for peace on both sides of the conflict. The speakers will highlight the deadly consequences that come with continued warfare and share the work being done to promote peace among the Russian and Ukrainian peoples.  Together we will explore how the world can support a peaceful resolution to the conflict and avoid escalation through common security and disarmament.