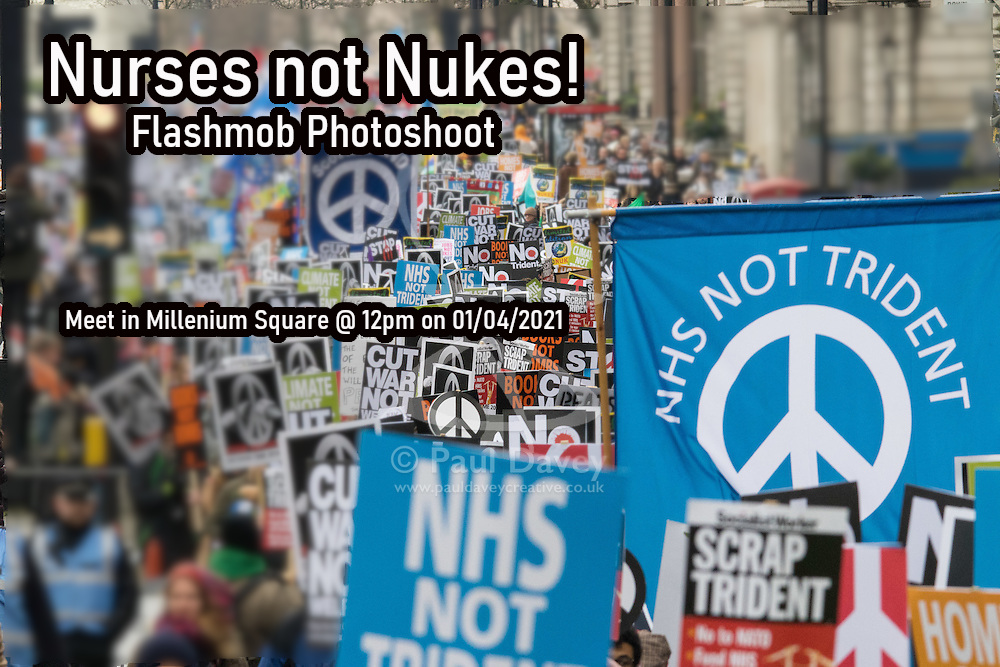 Boris Johnson’s recent Integrated Review, which commits the government to a dramatic increase in the UK nuclear arsenal by up to 40%, is the last thing we need.

This country has been wrecked by the pandemic. Despite the brave efforts of NHS staff and a collective public commitment to keeping the virus under control, the government’s mishandling of the pandemic and its severe underfunding of the NHS, has caused severe death and devastation.

As we entered lockdown last year, millions of people took to their doorsteps every Thursday evening to applaud the NHS workers who were on the frontline, protecting us from the ravages of COVID-19. Yet, a year later, this government has insulted those very same workers by offering nurses a measly 1% pay rise. As nursing unions have pointed out, as well as speaking nothing to the huge sacrifices they have made, in real terms after inflation, this is effectively a pay cut.

Spending billions more on an increased nuclear arsenal rather than paying nurses a decent wage is outrageous and the last thing we need. We need a public health first, sustainable, peaceful recovery from the pandemic. The government’s actions fly in the face of this.

In response, Leeds CND is organising a flash-mob photoshoot on April Fools Day, making it clear that we stand with nurses and against an increased nuclear stockpile. We will be masked up, we will be socially-distanced and we will be demanding peace for the planet and support for our nurses. Join us!