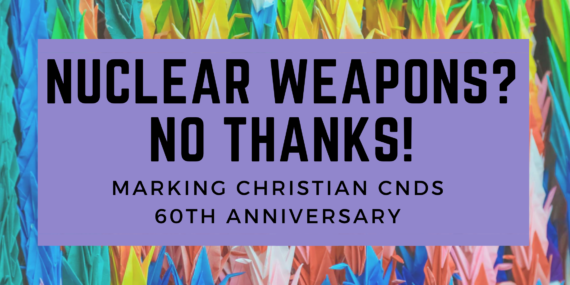 On Monday 12 July, Christian CND will be hosting a major Zoom meeting as part of the events to mark 60 years of our campaigning against nuclear weapons. The event was originally scheduled to take place in the Methodist Central Hall, the location of the historic first meeting of the United Nations General Assembly which saw the very first resolution passed call for the elimination of nuclear weapons.

Join Christian CND for what promises to be a fantastic evening of speakers, workshops and memories from the past 60 years. Speakers on the night will include:

In addition to the speakers, there will also be workshops to share ideas on the next season of campaigning including:

There will be plenty of chance for questions, sharing ideas and of course praying for peace.