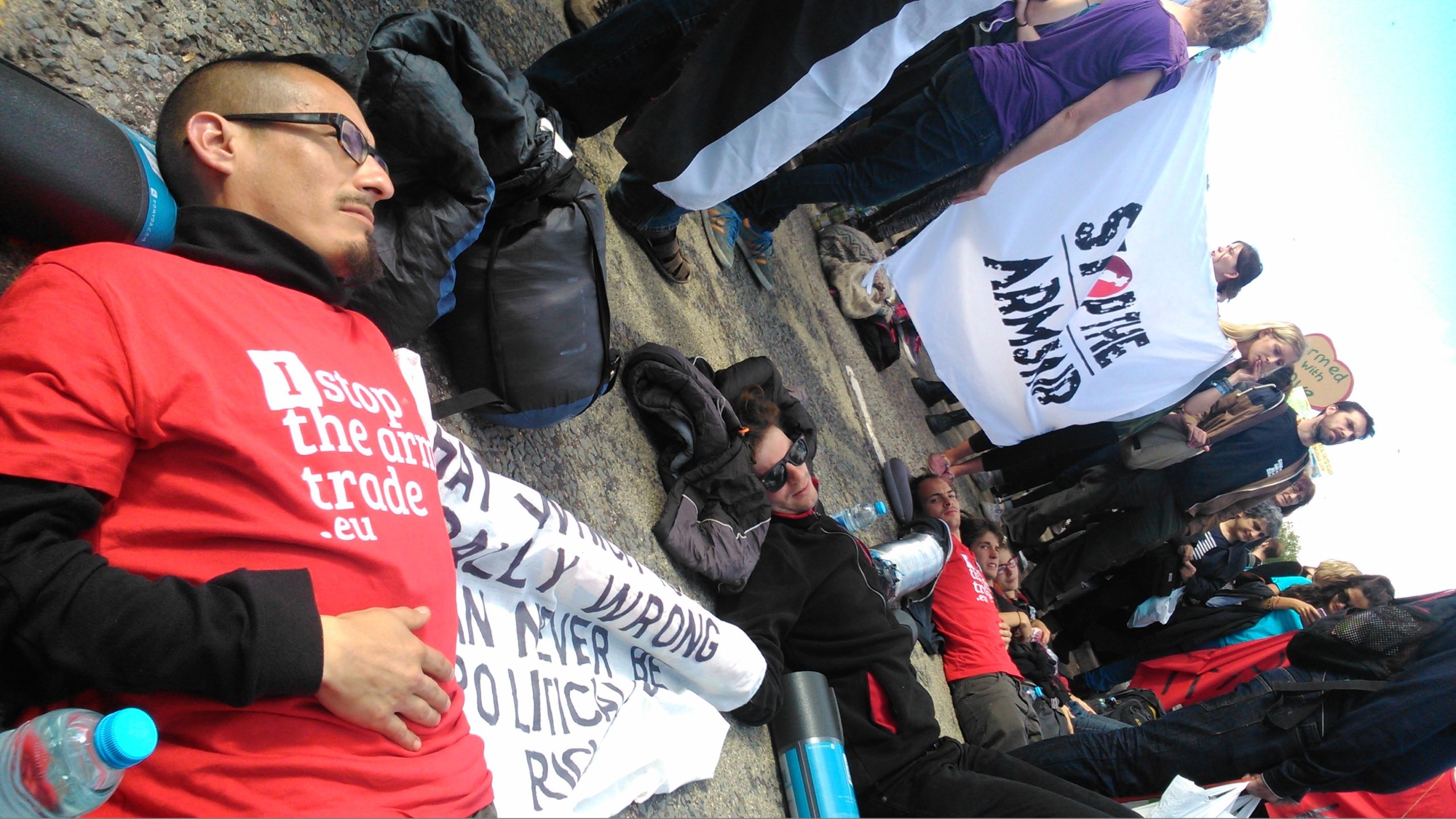 With Milan Rai (Editor of Peace News) and Ali Tamlit


An introduction to effective tactics for peacefully preventing illegal or immoral actions from taking place. Non-violent Direct Action (NVDA) has been central to struggles for peace and justice from the suffragettes, through independence struggles against colonial rule and the US civil rights movement.
The training will be a chance to learn about the practical side of Civil Disobedience and Direct Action and how we can use these tools effectively to create positive social change. Lunch provided, so please book below to let us know you’re coming.

This training is part of preparation for the Stop the Arms Fair demonstrations in London in September, but is open to anyone who is interested in learning more about NVDA.

What is DSEI?
The Defence & Security Equipment International (DSEI) is the World’s largest arms fair, held in London every two years. The fair is heavily sponsored by the UK Government to promote arms sales abroad and each year hosts representatives from countries with a record of grave human rights abuse.
In successive years the fair has been found to be acting illegally, either selling weapons that are banned from sale by the UK government (such as electro-shock and torture equipment) or supplying weapons to proscribed countries.

What can I do about it?
This year’s fair is due to take place from the 12-15th September, but we aim to stop it! We’re asking people to sign the pledge and speak to their MPs and if that is unsuccessful to join us in disrupting the setup of the fair. As in 2015, each day leading up to the fair there’ll be a themed demonstration, on the Wednesday (6th Sept) we’re helping organise a ‘nuclear’ themed day. 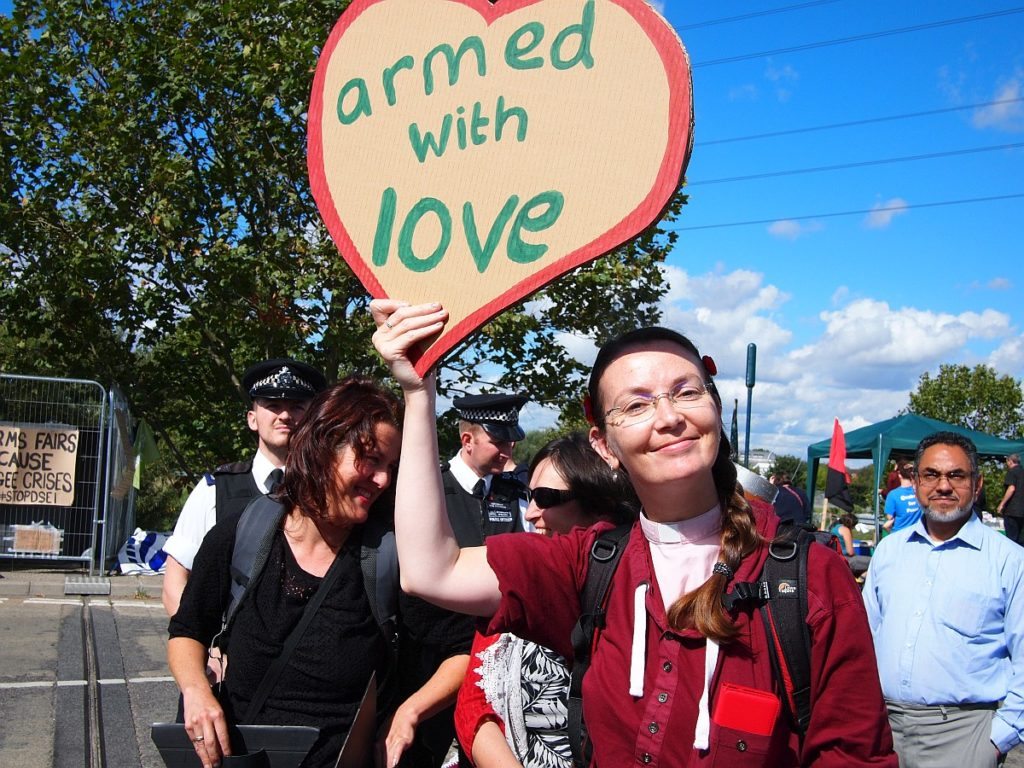 Sound scary? This was our experience of the last DSEI protest
15 of us went from Bradford for the ‘Big Day of Action‘ against the arms fair. Around half of us sat in the road to help stop trucks and military vehicles from entering the fair, the rest supported us with tea and samosas, held banners and spoke to passers-by. After a few hours police removed us from the road (by lifting us in most cases), none of our group were injured or arrested and we were back in Bradford that evening.

Some campaigners were more persistant, wanting to push the issue in court and returned to the road where they were arrested. These included Isa al-Aali, who had recently been granted UK asylum after being tortured in Bahrain (whose Government were attending the arms fair). On the 15th of April 2016 the court found all the demonstrators ‘not guilty’, with the judge stating that they had all ‘acted lawfully’ with the ‘sincere intention’ of preventing the sale of unlawful arms that would be used to target vulnerable populations.

If you booked on this training at the We Are Many film showing, your place is reserved but please book below to confirm you’re still coming.