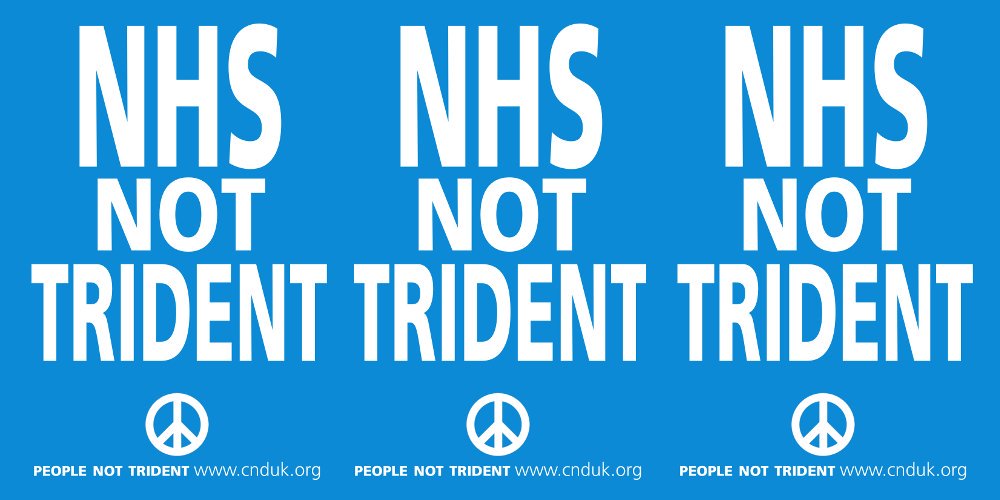 The government should be investing in the National Health Service; not weapons of mass destruction.

On this day we celebrate the 70th anniversary of the NHS, all of the wonderful work it has done and lives it has saved. However we must also use this opportunity to fight to keep it. The NHS is being systematically underfunded and privatised. Staff are being over worked, and quality of care is being diluted.

NHS England is expected to have a funding gap of about £4billion this year. Meanwhile, the government is currently spending around £3billion a year on maintaining nuclear weapons, which could fill most of that funding gap.

But there is another option. The UN Treaty on the Prohibition of Nuclear Weapons has been backed by 122 nations worldwide and is open for signatures. The UK should scrap Trident and invest in health, instead of weapons that can only do harm.