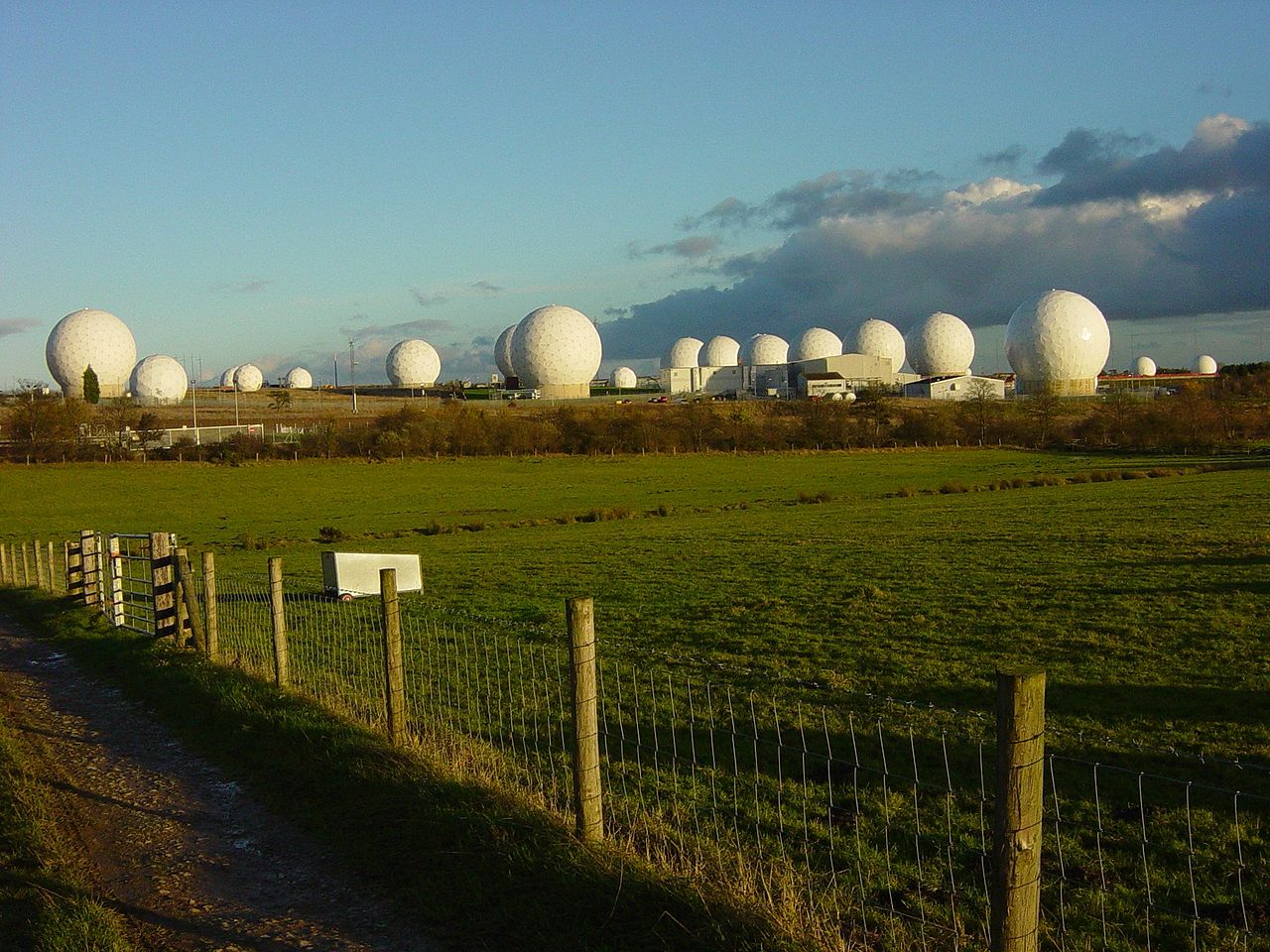 There will be a protest outside Menwith Hill on 30th April as a part of the International Day of Action against Foreign Military Bases, Menwith Hill Accountability Campaign & Yorkshire CND are organising a demonstration at the US Spy-base at Menwith Hill. There are now over 1,000 bases foreign bases around the world, operating largely outside of the control of their host nations, in response to recent expansion of NATO/US military forces in bases across asia and africa, this is day to show solidarity and opposition around the world.

Practicalities
Due to the ongoing health crisis this will be a socially distanced protest, with a couple of different options for walks around the base. We are not able to provide toilet facilities or refreshments on this occasion so we ask that everyone bears this in mind and brings what they will need for the afternoon.

Menwith Hill is the largest intelligence-gathering, interception and surveillance base outside the US. It has many roles which are generally for US interests only (diplomatic, military and economic) – being the hub of the ECHELON  global surveillance system (Wikipedia). Edward Snowden disclosed thousands of top secret documents which revealed the extent of the intelligence gathering and surveillance on us all by the NSA/CIA (with the help of GCHQ). Menwith Hill is mentioned several times in the documents.

Yorkshire CND will be organising transport from Leeds and Bradford and may be able to put people from other areas in touch to share lifts, please get in touch if you’d like to join us: info@yorkshirecnd.org.uk