Make Britain support the Global Nuclear Ban (Day of Protest) – What Will You Do?

Yorkshire Campaign for Nuclear Disarmament > Events > Make Britain support the Global Nuclear Ban (Day of Protest) – What Will You Do?

Make Britain support the Global Nuclear Ban (Day of Protest) – What Will You Do? 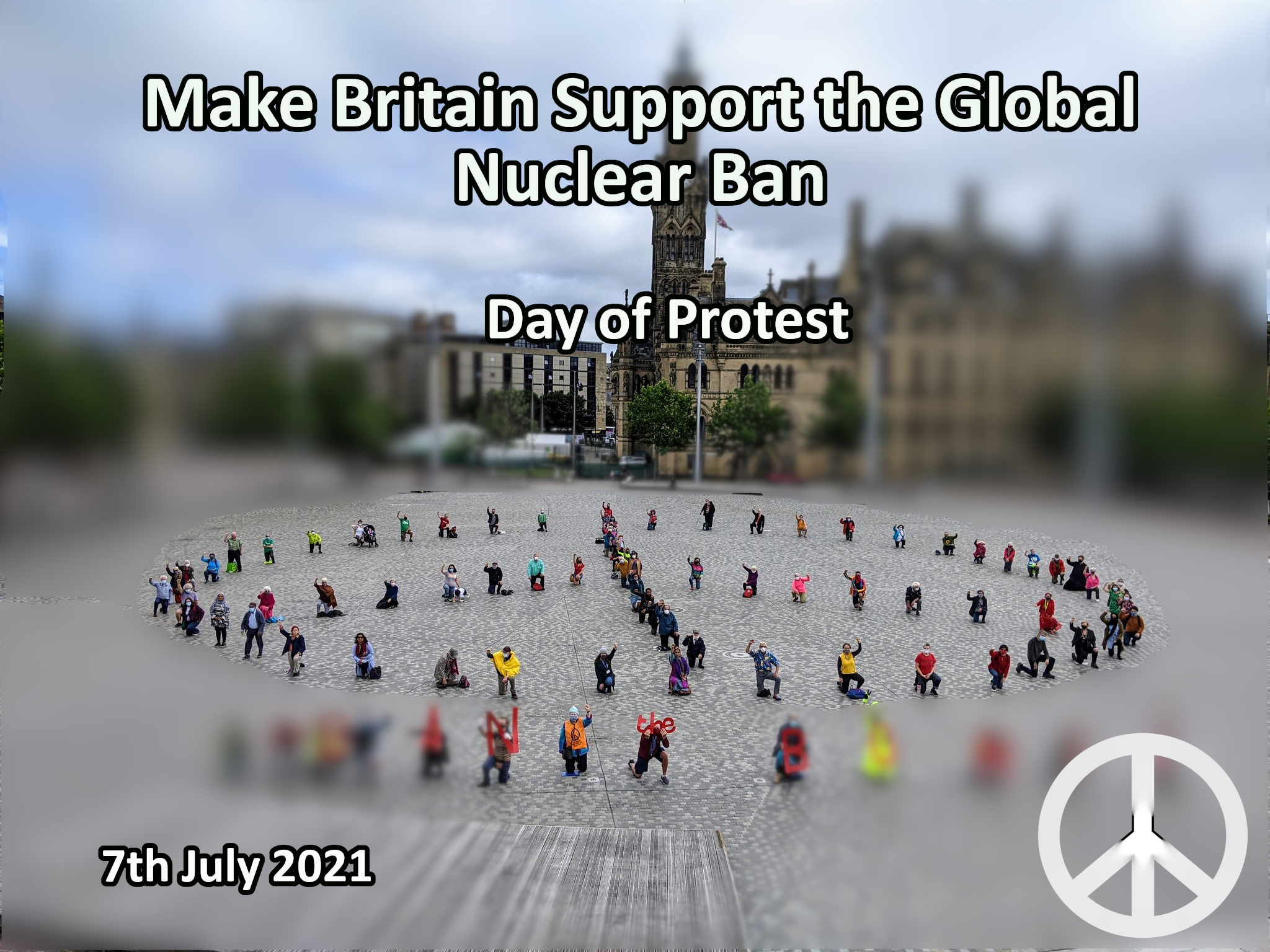 On the 7th July 2017, the UN Treaty on the Prohibition of Nuclear Weapons (TPNW) was adopted. Almost four years later, this Treaty has received the signatures of 86 nation-states, the ratification of 54, and as of January 22nd 2021, entered into force as a treaty of international law. Despite this historic victory for the global peace movement, the nuclear weapon states have continued to defy the global nuclear ban. The British government has even announced an increase to its nuclear warhead stockpile by 40%.

In response, Yorkshire CND is calling a day of protest on the birthday of the TPNW. We are inviting all campaigners from across the region to emulate the actions of Bradford peace activists last year, by forming peace signs in their local cities and towns. We want huge peace sign protests across the region demanding that the British government endorse the TPNW and abandon its commitment to nuclear weapons.

If you want to organise an action, get in touch with the office and let us know how we can support. You can contact us on info@yorkshirecnd.org.uk