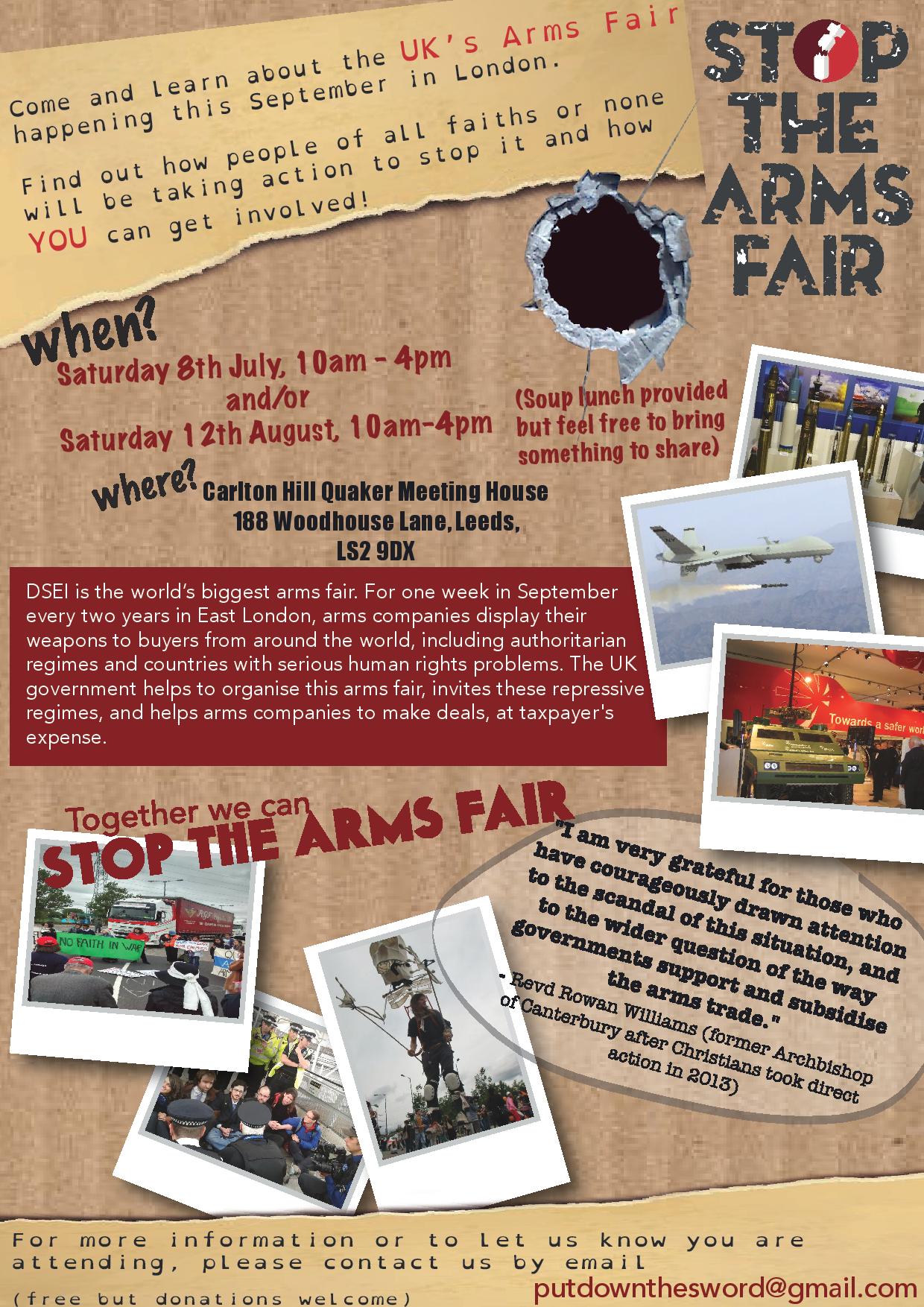 This coming September, the international weapons industry plans to set-up shop in London at a huge arms fair: DSEI. The weapons sold here fuel the death, destruction and injustice perpetrated by militaries, police forces, and at borders around the world. Because war, repression and injustice start here, let’s stop them here.

A huge week of action is planned to stop the set-up of London’s DSEI arms fair between 4-11 September 2017.

West Yorkshire Campaign Against the Arms Trade is holding an information and training event at Carlton Hill Quaker Meeting House for anyone who is interested in being involved in the protests. These will have a focus on the No Faith in War actions planned to challenge the DSEI arms fair, but they are they are open to everyone – Quakers, people of other churches and faiths, people of no faith who have a concern about the arms trade or particular concerns about arms to Israel or nuclear disarmament. The day will include more information about the arms fair and exploration of creative and practical ways to be involved. The event is free to attend, so just come along on the day and see what you could do.