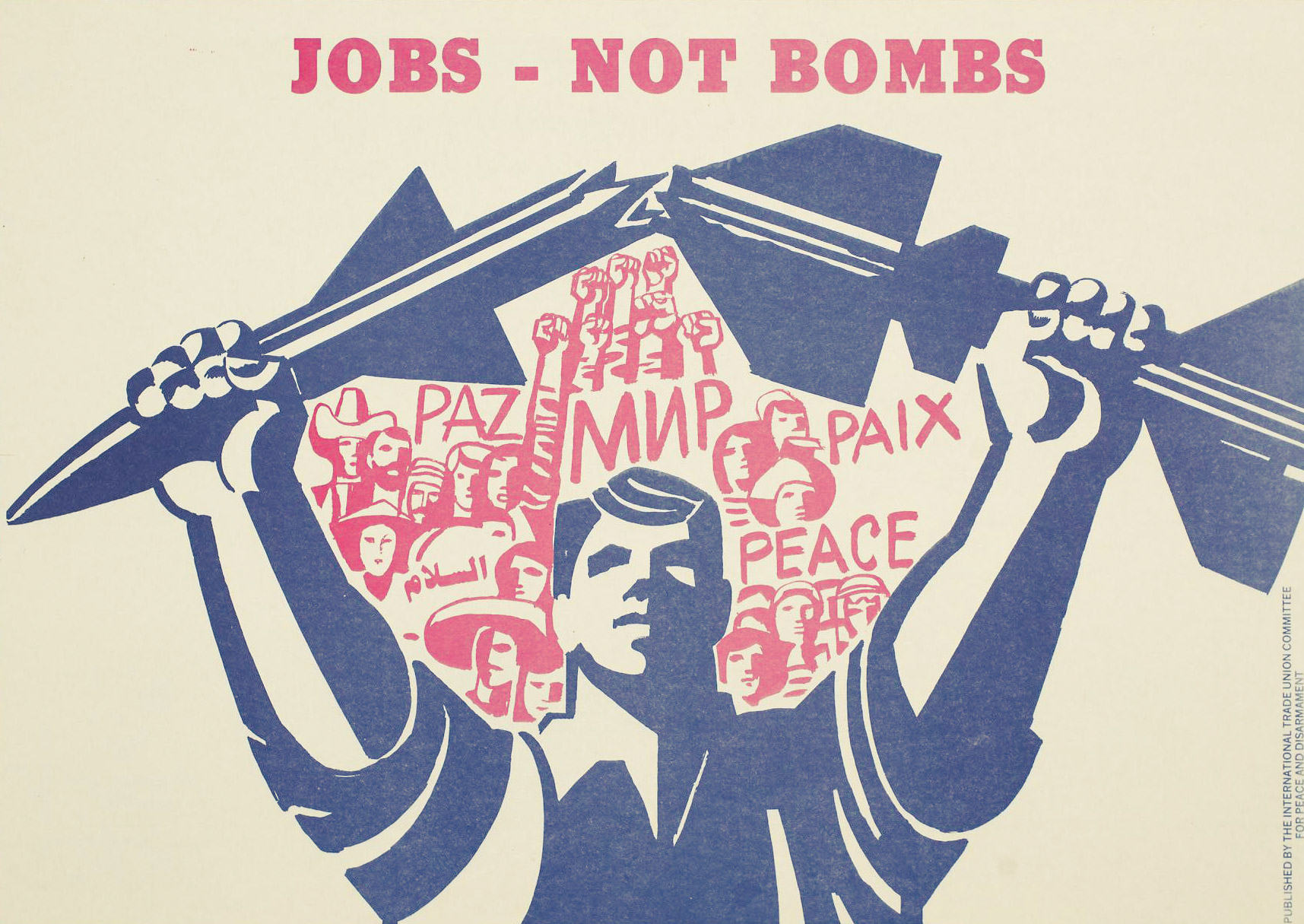 A day school on defence diversification for Labour activists, trade unionists and peace campaigners. For secure employment, socially useful production and an end to the UK Government’s promotion of arms sales to repressive regimes.

The UK arms industry has been haemorrhaging jobs for decades, with UNITE identifying over 50,000 job losses between 2006-2016. Despite increasing international arms sales (particularly to the Middle East), just yesterday Rolls Royce announced a further 4,600 jobs would be lost mainly at it’s Derby works.

One of the three policy proposal papers produced as part of Jeremy Corbyn’s Labour leadership bid laid out plans for a Defence Diversification agency to involve communities heavily dependent on arms production in a ‘just transition’ to more sustainable employment.

The 2017 TUC conference backed such a plan, passing Motion 17, calling for Labour to create such a ‘shadow’ Defence Diversification Agency at the earliest opportunity.

This conference in Leeds will bring together Labour and Trade Union activists with disarmament campaigners to explore what such a ‘just transition’ would look like and how we make it a reality. The afternoon will be split into two sections, the first featuring expert speakers and a Q&A; the second, parrellel small group sessions on taking the ideas forward.

Barnaby Pace is a researcher and writer on the arms trade and has produced reports on the subject for both Corruption Watch UK and Scientists for Global Responsibility. At the conference he will be launching his latest report Defence Diversification: International Learning for Trident Jobs, exploring the factors that led to the success or failure of previous efforts both in the UK and abroad.

Ann Feltham is Parliamentary and Trade Union Co-Ordinator at Campaign Against the Arms Trade. She’ll be discussing the particular subsidy regime applied to the arms export industry and how similar support might bolster other skilled UK manufacturing sectors such as the renewable energy industry.

Fabian Hamilton MP – Shadow Minister for Peace and Disarmament, has been given responsibility for developing a Defence Diversification Agency, working with front bench colleges to integrate it into broader industrial strategy.

These parrellel sessions will begin with a short presentation and then continue with small group discussions, potentially split by trade union, CLP or geographical area.

“From Policy Adoption to Practical Action: Creating change in your Trade Union”

Kev Allsop (Unison) – Kev is a life-long trade unionist and campaigner, representing Unison on his local trades council and the local government pension fund. He was instrumental in changing Unison’s policy to divest pension funds from fossil fuels. A policy later adopted by the TUC. He currently works with 350.org’s ‘Divest Parliament’ project.

“How to influence policy in the Labour Party: an Intro to Local and National Structures and Your Route in”

Aneesa Akbar – While Aneese is just 26 years old she’s got involved in politics in a serious way since joining CND at the age of 15. She sits on Momentum’s National Co-ordinating Group and in May was elected as a local Labour Councillor in Hull.

“Mounting a successful local campaign, how to get started”

West Yorkshire Campaign Against the Arms Trade – a newly formed and active local campaigning group linking to CAAT. This is a session for campaigners who are not trade union or Labour members.