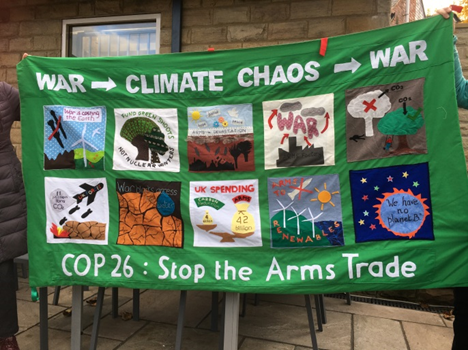 Our SCRAP event explores the impacts of the military on the environment and climate change, and the urgent need to re-think security. It is a unique opportunity to hear first-hand about the effects of nuclear colonialism on people in the global south and to reinvest effort in banning the nuclear weapons that threaten our entire planet.

A member of Sheffield Creative Action for Peace will speak about the UN Treaty on the Prohibition of Nuclear Weapons, ratified by more than 86 states, which the UK has failed to engage with, and will outline actions that can be taken locally to support the ban on nuclear weapons.