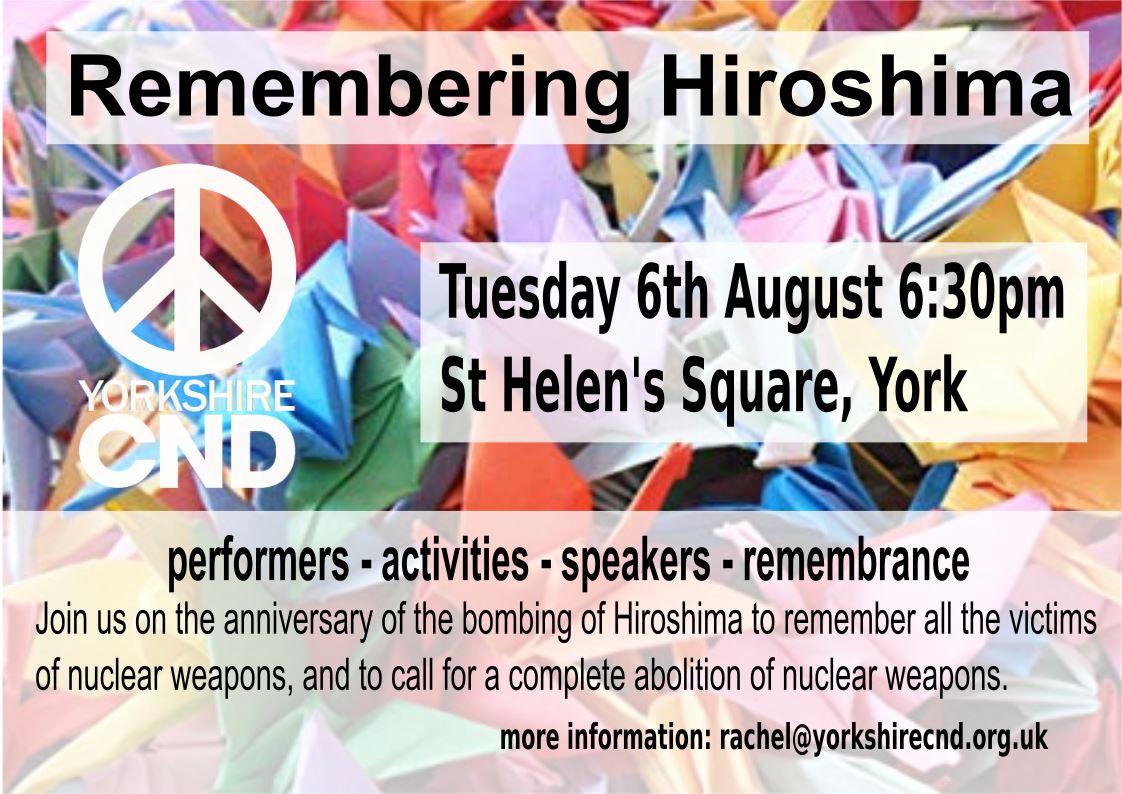 Join us on the 74th anniversary of the bombings of Hiroshima and Nagasaki to remember all the victims of nuclear weapons.

Nuclear weapons have a devastating, indiscriminate humanitarian impact, and must never be used again.

The threat from nuclear weapons is greater now than it has been for decades. Global tensions are rising, international treaties are being violated, and the Bulletin of Atomic Scientists has put the Doomsday Clock at 2 minutes to midnight.

We must end nuclear weapons before they end us. A Treaty for the Prohibition of Nuclear Weapons is open for signatures at the UN and is on it’s way to being ratified. We call on the UK government and countries around the world to join the 70 countries who have already signed.

There will be guest speakers, local performers, and a vigil.