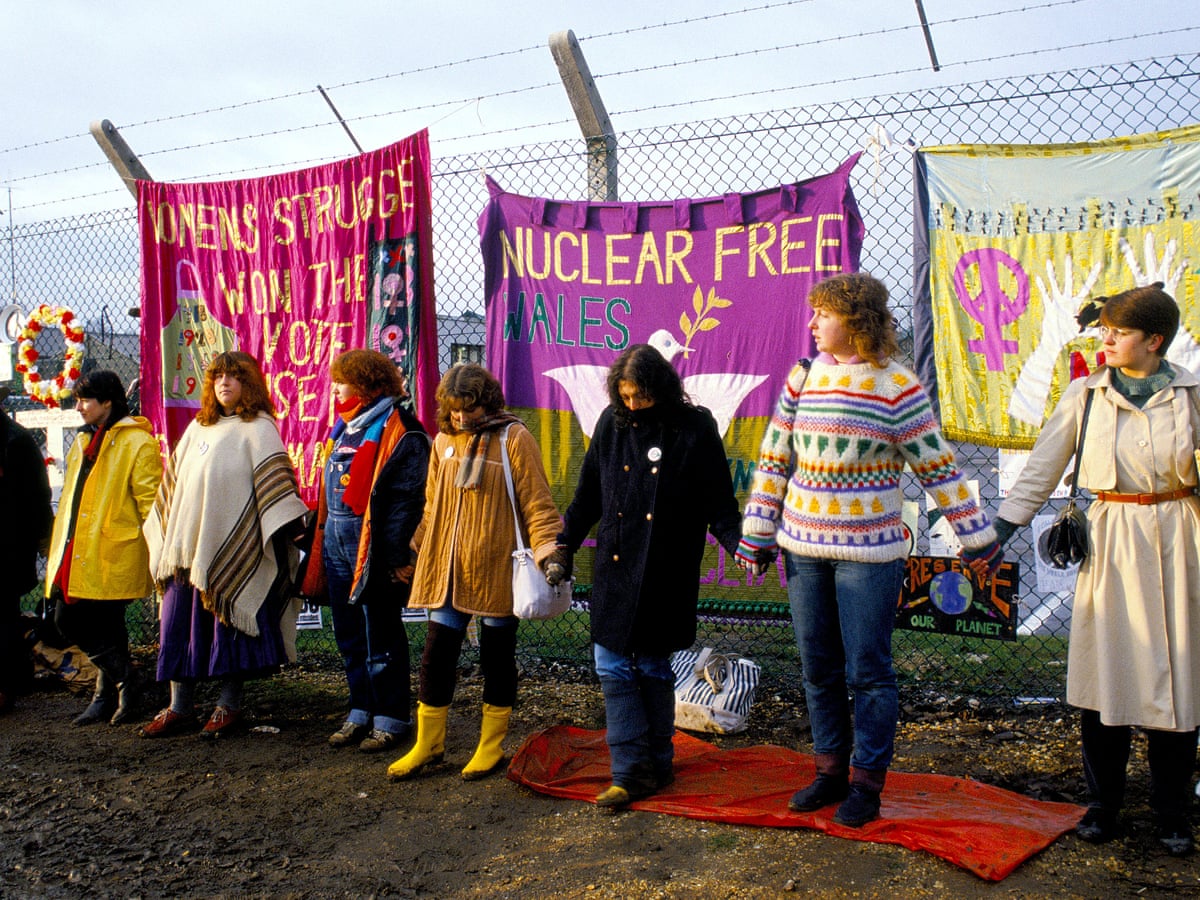 In March 2020, Calder Valley CND expanded our wonderful Greenham Common exhibition, featuring the memories and memorabilia of people in the valley who supported Greenham Common Women’s Peace Camp. After a successful run at Hebden Bridge Hall, we moved it to The Artworks in Halifax, whose huge gallery space allowed us to display far more images. We included exhibits that put the peace camp in a wider context including a fantastic photo-montage by Peter Kennard. We were all ready to open the exhibition with a film showing and social event, when lockdown forced us to postpone. Little did we realise that it would be a full 20 months later before we had the opportunity to hold the event. The exhibition stood, frozen in time almost, in a closed Artworks, but in recent weeks, it has been open and included as part of heritage week, been the focus of schools workshops and remains open until the end of the year.

So why not come and view it and see the film and meet the peace group on Saturday 4th December at 3.30pm.