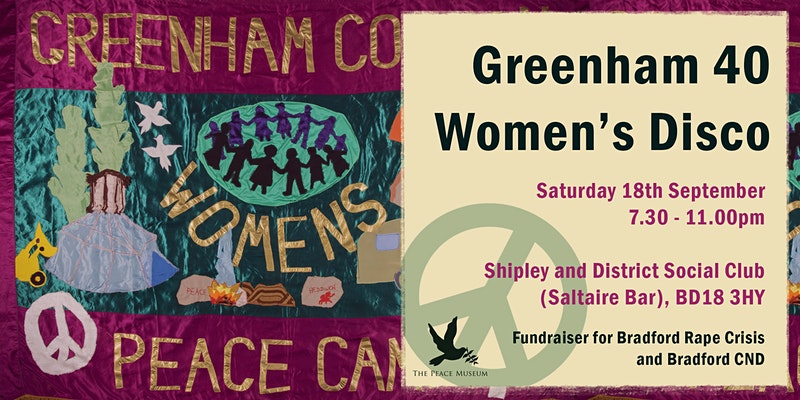 We’ll be singing songs from Greenham, then dancing the night away with DJs Jenny and Maria from Buffet.

Raffle, photo booth (from our friends at the Peace Museum) and some very short speeches.

Plus a rolling slide show of photos from Greenham – email your photos to bradford@cnd.rocks if you would like them to be included.

This event is inclusive of trans women and non-binary people who identify that women’s space is right for them.