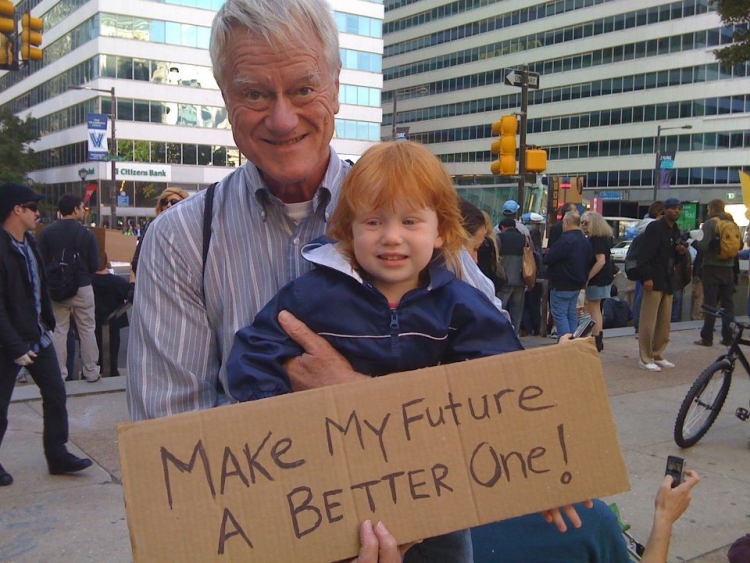 An incredible opportunity to hear George Lakey on a rare visit to the UK, well done to the Huddersfield Quakers for convincing him.


Co-founder of the Movement for a New Society – which for nearly 20 years pioneered forms of consensus decision-making, direct action and communal living that are now central to today’s activist groups – George Lakey has led over 1500 workshops on five continents, training coal miners, homeless people, prisoners, Burmese guerillas, steel workers and others. He is Visiting Professor at Swarthmore College.

George Lakey has led 1,500 workshops on five continents, taught peace studies at colleges and universities, and authored seven books on nonviolent social change, peace, and organizational development. Here he was photographed in 2013 while being arrested while occupying PNC Bank to protest its funding of mountaintop removal coal mining in Appalachia.

He has led activist organizations on local, state, national, and international levels. His first time arrested was in the civil rights movement of the nineteen-sixties. During the Vietnam War he sailed into the war zone on a Quaker peace ship, to deliver medicines for suffering Vietnamese and protest the war. More recently he was part of the first team of Peace Brigades International giving protective accompaniment in Sri Lanka to human rights activists threatened with assassination.

Lakey’s most recent books are Facilitating Learning Groups and Moving toward a Living Revolution. Other books include Powerful Peacemaking and Grassroots and Nonprofit Leadership: A Guide for Organizations in Changing Times. His first book, A Manual for Direct Action, was a handbook for the civil rights movement of the ’60s. In 2003 he co-authored the most extensively researched training curriculum in the field of civilian peacekeeping: Opening Space for Democracy (634 pp., see www.TrainingforChange.org). He writes a regular column for the on-line blog, WagingNonviolence.org.

He is visiting professor in peace and conflict studies at Swarthmore College, 2006- . He has taught peace studies at Haverford College, Temple University, and the University of Pennsylvania, in addition to giving lectures and leading seminars at universities around the world.

His training work took him illegally to a guerrilla encampment in the jungles of Burma, to the coal mine fields of West Virginia to prepare miners nonviolently for the Pittston Strike, most hard-fought coal strike in recent history, and to Cambodia within hearing range of Khmer Rouge fighting. He led peacekeeping workshops in South Africa in the midst of pre-election violence in that country.

On ten training trips to Thailand (1989-1998) he worked with pro-democracy students, environmentalists, Buddhist monks, labor organizers, and feminist organizers. Also in the 1990s he made repeated trips to the former Soviet Union to train a network of consultants and trainers for civil society.

He’s led strategy workshops for labor, neighborhood, and community organizers in Taiwan and student organizers in the United Kingdom. For the United Nations Institute for Training and Research (UNITAR) in Switzerland he trained indigenous leaders in nonviolent strategy, and also worked with the Mohawk Nation near Montreal, Canada on peacekeeping techniques.

He was a presenter at the first international conference on nonviolence training (Perugia, Italy, 1965) and more recently trained young adult leaders from several Balkans countries at a program sponsored by the University of Bologna, Italy.

In 1992 George was co-founder of Training for Change, a group that spreads the skills of democratic, nonviolent social change. He directed the group for 15 years before retiring.