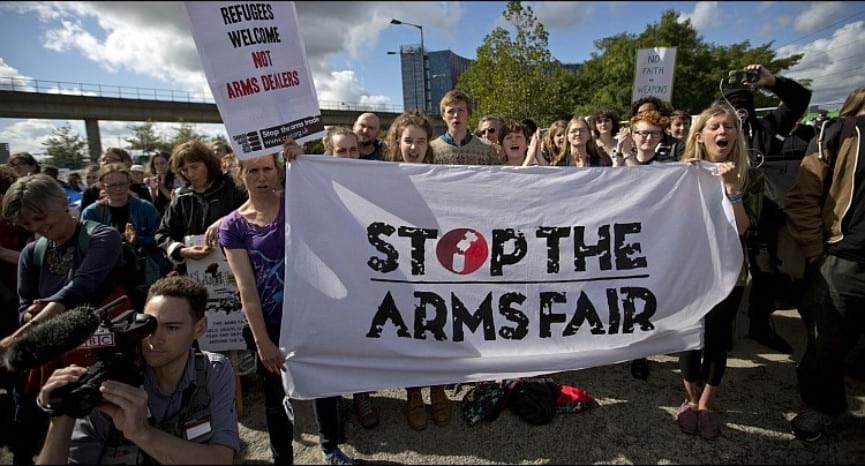 Join us to take action against the DSEI arms fair!

Defence & Security Equipment International (DSEI) is one of the world’s largest arms fair, held in London every two years. Many nuclear states are spending billions upgrading their weapons of mass destruction. Arms companies are profiting from huge sums being spent on new nuclear weapons – and many of these companies will be present at DSEI.

Yorkshire CND will be joining other CND and anti-nuclear groups at DSEI on Wednesday 4th September, travelling down to London from Bradford, Leeds and Sheffield on Tuesday 3rd September. Use the buttons below to book your transport.

We have arranged crash pad accommodation (bring a sleeping bag!) at a church hall in London. When you book transport use the form to indicate whether you want to book accommodation with us.