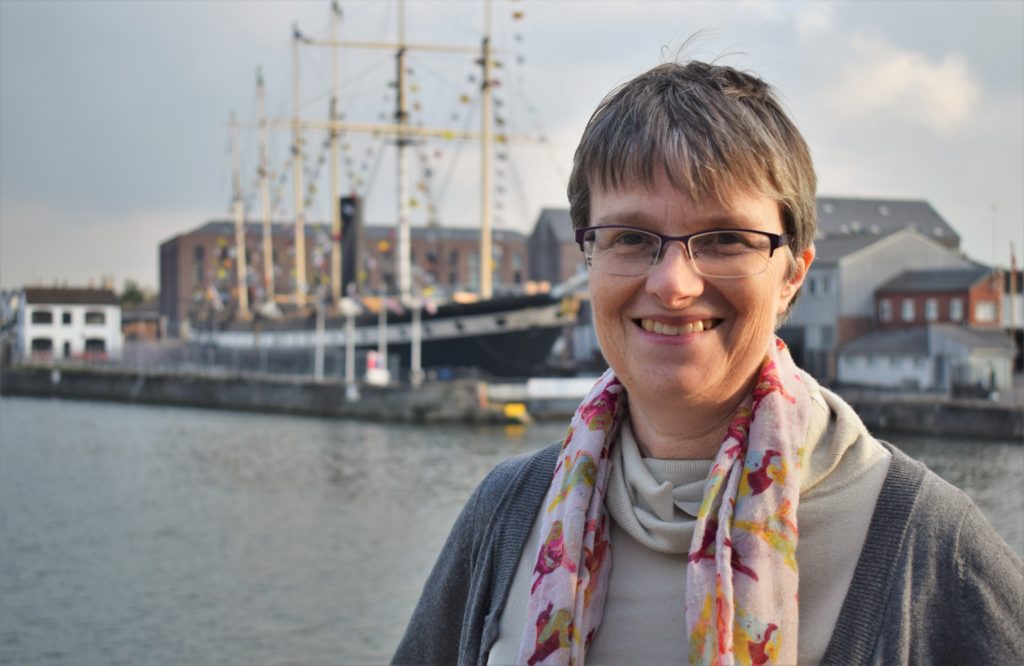 Huddersfield Quakers are pleased to host Molly Scott Cato MEP, the Green Party speaker on Brexit and on Finance.

Molly is a politician, academic, environmental and community activist, and green economist who is the current Member of the European Parliament (MEP) for the South West of England and Gibraltar.

Within the European Parliament Molly works on issues around agriculture, economics and human rights in Latin America and Tibet.
Throughout her career Molly has worked closely on issues around the causes of conflict especially economic inequality, resource competition and climate change.

From 2012, until her election as an MEP in 2014, she was Professor of Strategy and Sustainability at the University of Roehampton. Molly speaks for the Green Party on finance issues, and is known for her work in the field of co-operative studies. She has published on green economics, localism and anti-capitalism, and has contributed to works on the risks of nuclear power, the use of which she strongly opposes.