Day of Action on Climate Change and Militarism

Day of Action on Climate Change and Militarism 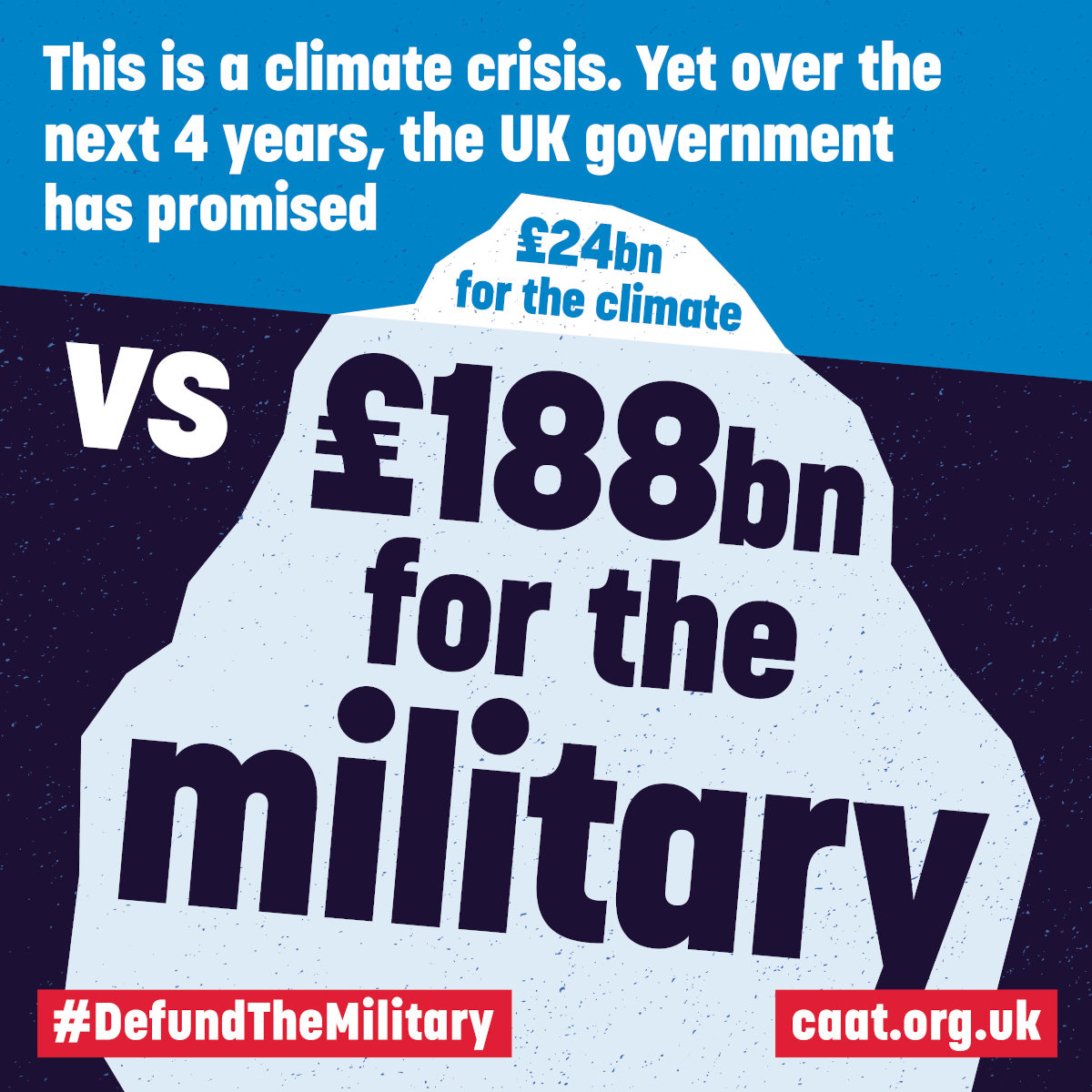 After the failure of the G7 to reach meaningful agreement under UK leadership, there is serious concern for the vital COP26 negotiations. Government spending to reduce UK carbon emissions is dwarfed by new spending on weapons of war.

Despite being out of the most significant sectors in terms of emissions, the UN Framework Convention on Climate Change does not require Governments to report military emissions, so most do not. Where any sort of reporting exists it is incomplete and excludes the supply chain and operational emissions which are significant. Sadly, physics doesn’t respect the notion of national security secrecy and military emissions continue to push us toward climate disaster. This has to stop or it will undermine all our other efforts to bring emissions under control. We’re backing two campaigns to ensure COP26 sees the end of the military exception.

In light of this, there will be a day of action on 4th November, including direct actions and a Twitterstorm. In Leeds, activists will target HSBC for their close connection to both fossil fuel companies and nuclear weapons manufacturers. If you want to do an action or join the Twitterstorm, let us know!

Have a look at the Global Campaign on Military Spending (GCOMS) toolkit for the upcoming day of action on Militarism and Climate Change.