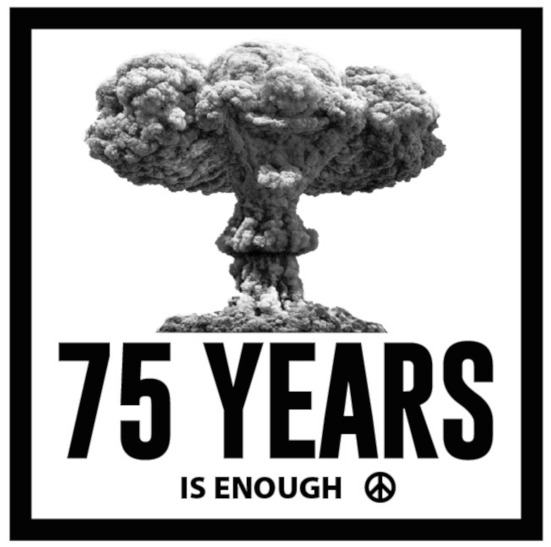 Registrations are now closed as we have no more spaces for further participants.

In Bradford we are calling for 75 local citizens, be they campaigners, supporters, local councillors or religious and civic leaders to form a peace symbol in the city centre to mark out Bradford as a city of peace. Will you join us?

On the 16th of July 1945, the ‘Trinity’ atomic explosion marked the dawn of a new era. Humanity had developed the power to destroy itself. Less than three weeks later this ‘innovation’ would be used by the United States to kill tens of thousands of Japanese civilians in matter of seconds. 75 years on, the world is tired of living in the shadow of the bomb and the majority of world states support the UN Treaty on the Prohibition of Nuclear Weapons, which will ban nuclear weapons across the world, once and for all. 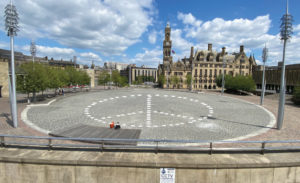 The event will take place under social distancing guidelines, each signatory will be given a number, which will be marked out on the floor at least 2 metres apart from the next participant.

Registrations to be one of the Bradford 75 in the photoshoot on 16th July are now closed.