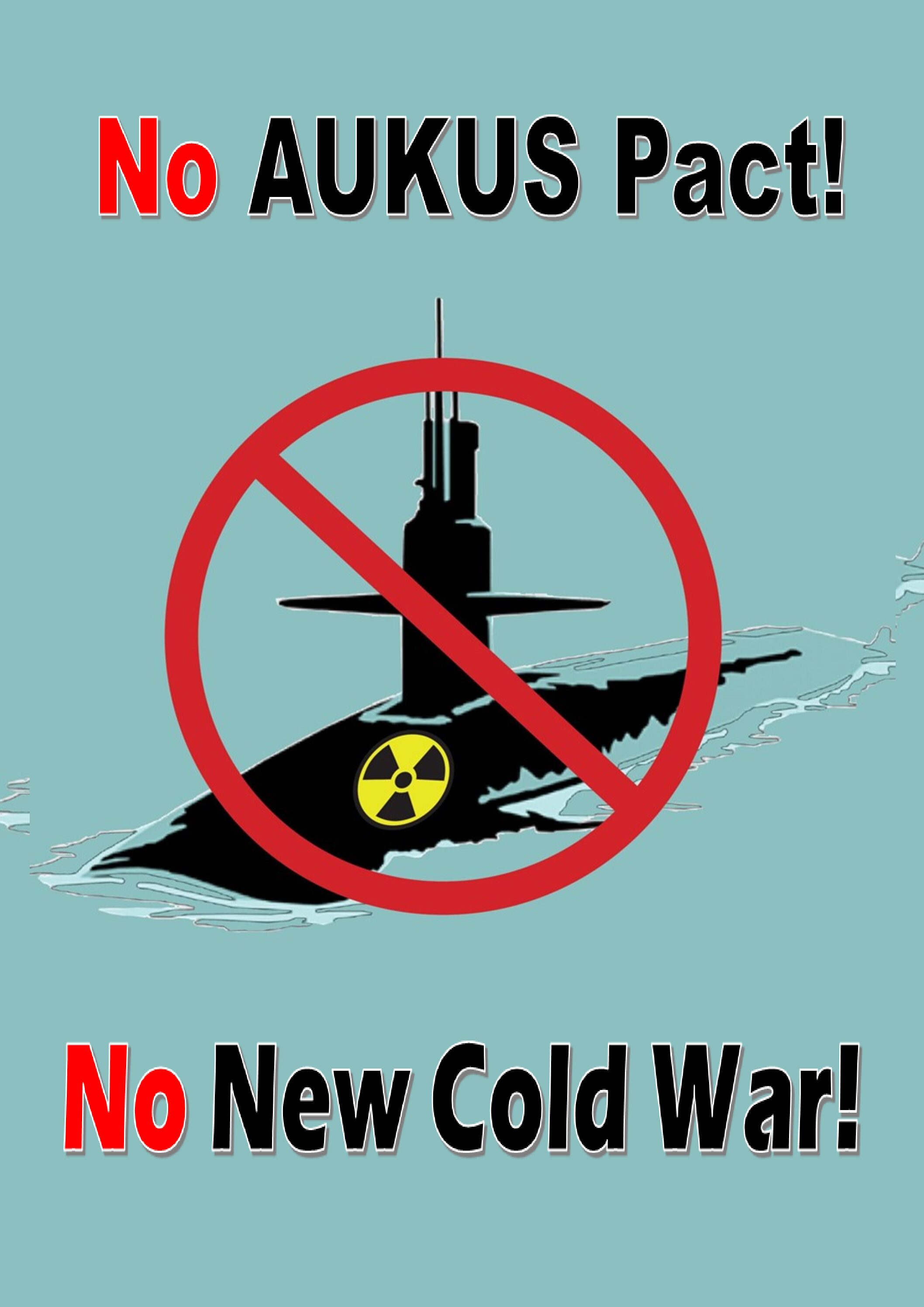 CND has joined with the Australian and US peace movements to draw public attention to the new AUKUS military pact between the UK, US and Australia. The deal will give Australia nuclear-powered submarines – the first non-nuclear state to get them. This is a dangerous escalation in the West’s ongoing confrontation with China that risks nuclear proliferation and breaches the nuclear Non-Proliferation Treaty.

Actions and events will be planned across the country, including in Yorkshire where we will be holding a flash mob photoshoot and information stall in Bradford. Join us at City Park from 12 noon. If you want to organise an action in your town or city then please get in touch with the office on info@yorkshirecnd.org.uk.