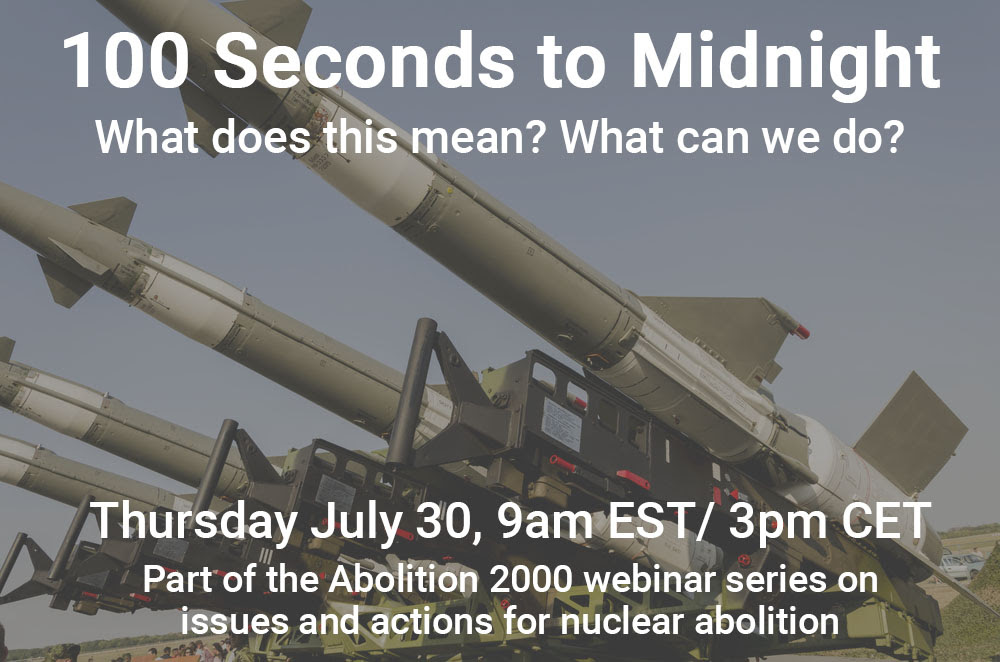 100 Seconds to Midnight What does this mean? What can we do?
On In January 2020, the Bulletin of the Atomic Scientists set the Doomsday Clock to ‘100 seconds to Midnight’ indicating that humanity is the closest we have ever been to a potential catastrophe from climate change or nuclear weapons use.

Since then, COVID-19 has impacted on nuclear security, tensions between nuclear-armed States have deteriorated, the US Senate has authorised funding for resumed nuclear tests and the few nuclear arms controls that still exist are being further eroded.