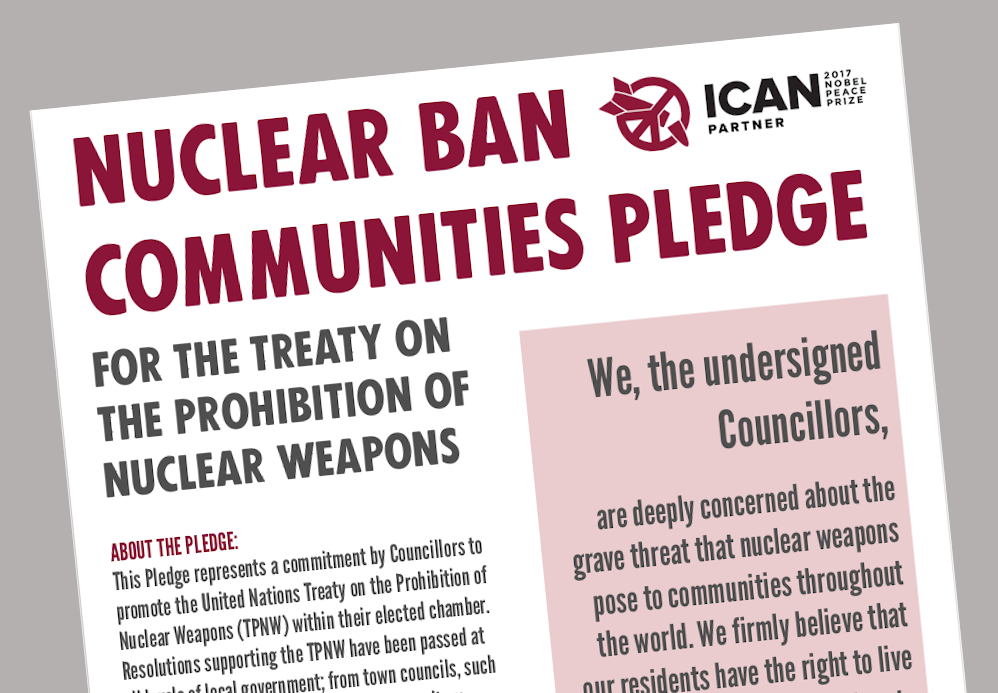 We now expect that the UN Treaty on the Prohibition of Nuclear Weapons (TPNW), will become international law by Christmas 2020. While international public opinion is firmly in favour of the global ban, nuclear states such as the UK have already stated they will not comply with the law.

When governments refuse to listen or even to enter into debate, we must build our opposition via local structures of power. Resolutions supporting the TPNW have now been passed at all levels of local government; from parish councils such as Shaw & Crompton; through town councils, such as Hebden Royd & unitary authorities, such as East Ayrshire; to city councils, such as Manchester and Edinburgh. Internationally, resolutions have been passed by hundreds of towns and cities including Paris, Berlin and Washington D.C.

We want to see discussions in villages, towns and cities across the region, we want our local representatives to stand with the majority of the world in rejecting these weapons and calling on the Government to do the same. So we are asking each and every one of our members and supporters to take action now. Ask your councillor to sign the pledge to raise it in their elected assembly, it will take only a few minutes and you don’t even have to leave your home.

It doesn’t have to be a long letter, you don’t have to be a nuclear expert, just let them know in a paragraph why it’s important to you and ask them to take a look. All the communities that we live in (and that they represent) are targets in any nuclear conflict, it is our public money squandered on weapons of mass destruction rather than local services. Municipalities across the world are joining the resistance, why not yours?